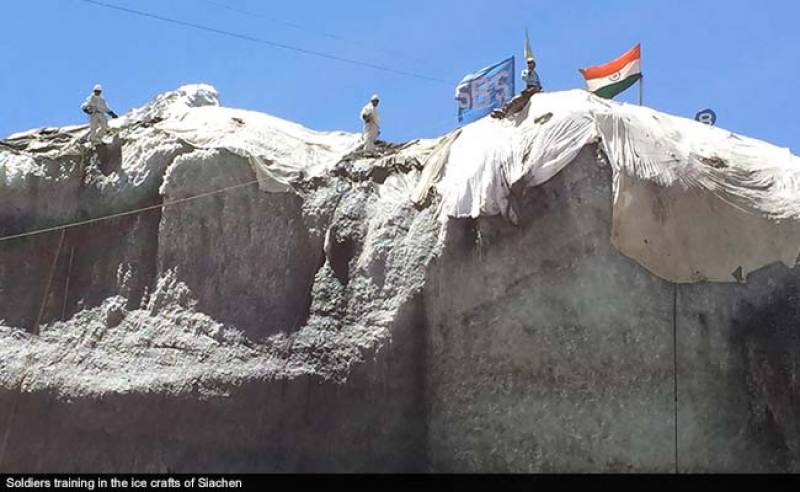 Releasing the book — How India Sees the World: Kautilya to the 21st Century — here on Wednesday, Former Indian diplomat Mr Shayam Saran has described the ‘missed opportunity’ to solve the Siachen and Sir Creek dispute.

India and Pakistan nearly came to an agreement on demilitarising the Siachen Glacier at least three times, he said. Opportunities to resolve issues are perishable, says top Indian diplomat at a ceremony marking launching of his book

In a discussion on the reasons for the failure of the two sides to come to an agreement in 2006, during tenures of the Manmohan Singh government and the Musharraf regime, Mr Saran said the two had even agreed on authenticating ground positions of the troops before the deal fell through.

The setback came as the crucial meeting of the Cabinet Committee on Security (CCS) was held on the eve of India-Pakistan defence secretary-level talks in May 2006, where the draft agreement that had been approved by the Indian army and other stakeholders was to be discussed.

Mr Saran said two crucial players, then NSA Narayanan and then army chief Gen J.J. Singh, made last-minute interventions to cancel the proposal. “When the CCS meeting was held on the eve of the defence secretary–level talks, [Mr] Narayanan launched into a bitter offensive against the proposal, saying that Pakistan could not be trusted, that there would be political and public opposition to any such initiative and that India’s military position in the northern sector vis-à-vis both Pakistan and China would be compromised.

“[Gen] J.J. Singh, who had happily gone along with the proposal in its earlier iterations, now decided to join Narayanan in rubbishing it,” he said.

As a result, says Mr Saran, Indian troops who occupy the heights of Siachen would be able to mutually withdraw and be spared “extreme cold and unpredictable weather in inhospitable areas, [where] their psychological isolation was just as bad as their physical hardship”.

The former secretary’s revelations are significant as it is the first time that an Indian official of the time has accepted that agreements on Siachen and Sir Creek, often called the “low-hanging fruit” of the comprehensive bilateral dialogue between the two countries, was a reality.

In 2015, Pakistan’s former foreign minister Khurshid Mahmud Kasuri wrote about the agreements in his memoirs Neither a Hawk nor a Dove, with an account of the Pakistani side of those negotiations.

During the book launch on Wednesday, retired Gen J.J. Singh, who was also in the audience, asked Mr Saran whether it would have been possible, in fact, to “trust Pakistan”, and ensure Pakistani troops wouldn’t return to occupy positions in Siachen.

“In matters of international diplomacy, it is a convergence of interests rather than trust that counts,” Mr Saran was quoted as saying in his reply.

The Hindu said the book also records what Mr Saran calls a “missed opportunity” to solve the Sir Creek dispute in Kutch, with the solution crafted by the navy to divide the creek between India and Pakistan according to the “equidistance” principle.

When asked by Mr Menon whether the opportunities to resolve the longstanding issues with Pakistan still existed, Mr Saran said: “Opportunities are perishable. When they aren’t seized, they don’t return.”