Comparing Maryam with Benazir is like comparing earth with Sky: Ch Nisar
8 Sep, 2017 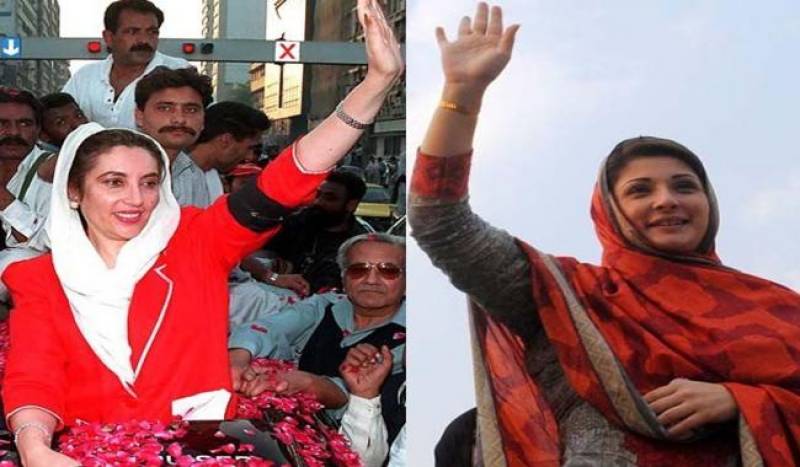 ISLAMABAD: Chaudhry Nisar Ali Khan said that there is no comparison between Benazir Bhutto and Maryam Nawaz, adding that Maryam needs to prove herself as a politician by taking part in active politics. Comparing Maryam with Benazir is like comparing Sky with the Earth, He further said.

While praising the slain leader of Pakistan Peoples Party (PPP),  PML-N leader said that Benazir Bhutto had seen many ups and downs in her life and tolerated many hardships, she even endured imprisonment.

He was speaking at Geo News Programme 'Jirga' which would be telecast on Saturday night.

Giving some sound advice to the former PM's daughter Maryam Nawaz, Nisar said she would have to prove herself by taking part in active politics.

He  further added that children are used to be apolitical, they could not be accepted as leaders. "The role of Maryam Nawaz is that she is daughter of Nawaz Sharif," He added.

Nisar is known as a hard-core ideologue within the party.