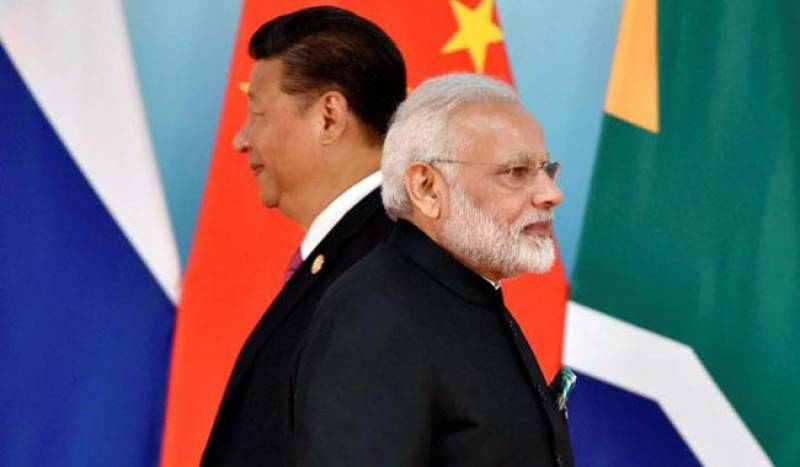 BEIJING: In it’s editorial Global Times said, “while many people believe it is time to leave the episode of the border standoff behind, Rawat has sent the completely opposite message”.

Referring to aggressive attitude of Indian army chief, the news paper said, “admittedly, Rawat has such a big mouth that he could ignite the hostile atmosphere between Beijing and New Delhi. He not only turns a blind eye to international rules, but also made us see the arrogance probably prevailing in the Indian Army”.

“He advocated a two-front war in such a high-profile manner, but where does the Indian Army's confidence come from?,” the editorial asked.

“Generals in India need to form some basic knowledge about the current situation. Can India bear the consequences when it has both China and Pakistan as its adversaries at the same time? Should the Indian Army simulate a military rivalry with its Chinese counterpart before letting Rawat speak?

“The Chinese people have felt that the security situation of their country is becoming severe. But before the Doklam confrontation, few people would think of a Sino-Indian war. Although the two have border disputes, China's military supporters rarely viewed India as a potential military rival of China.”

The editorial expressed astonishment over the dual attitude of Indian policy makers who on one side seeking to have good ties with Bejjing and on the other hand letting people like Rawat to let loose.

“The Indian opinion sphere has always agonized over the border issue. It seems that there are two Indias, one that is thriving and as one of the BRICS countries the same as China; and the other that keeps provoking and tangling with China. Should we embrace the first India or teach the second India a lesson?”

“Let the first India discipline the second one and the Indians with dignity should take care of the mouths of senior officials like Rawat. Their words and the arrogance they show will taint India's image. If India is able to reflect upon itself, it should not let these people distort the public's understanding of the world.”