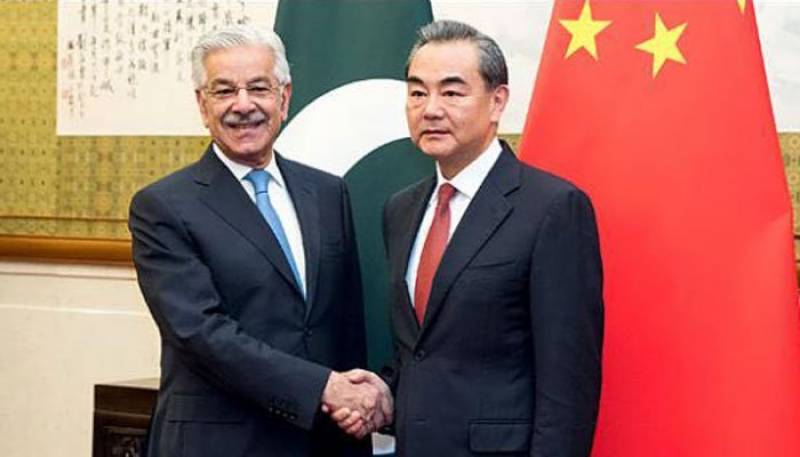 BEIJING: China has reaffirmed its continuing and firm support to Pakistan in the war against terrorism, as the two countries agreed that the solution to the Afghan conflict has to be fundamentally political and that there is no military solution to the issue.

“The relationship between China and Pakistan remain rock firm and unbreakable,” Wang Yi said, adding that China will continue to play its role in Pakistan’s progress and development.

“When it comes to the issue of counterterrorism, Pakistan has done its best with a clear conscience. In comparison, some countries need to give Pakistan the full credit that it deserves.”

Stressing the need to intensity trilateral cooperation between Afghanistan, Pakistan and China, Wang Yi said his country stands ready to support the improvement of relations between Pakistan and Afghanistan.

“We reaffirmed that only the advancement of the Afghan-led and Afghan-owned peace and reconciliation process is the viable way out to address the Afghan issue,” he said, adding that peace in Afghanistan is in the best interest of Pakistan, China and the entire region.