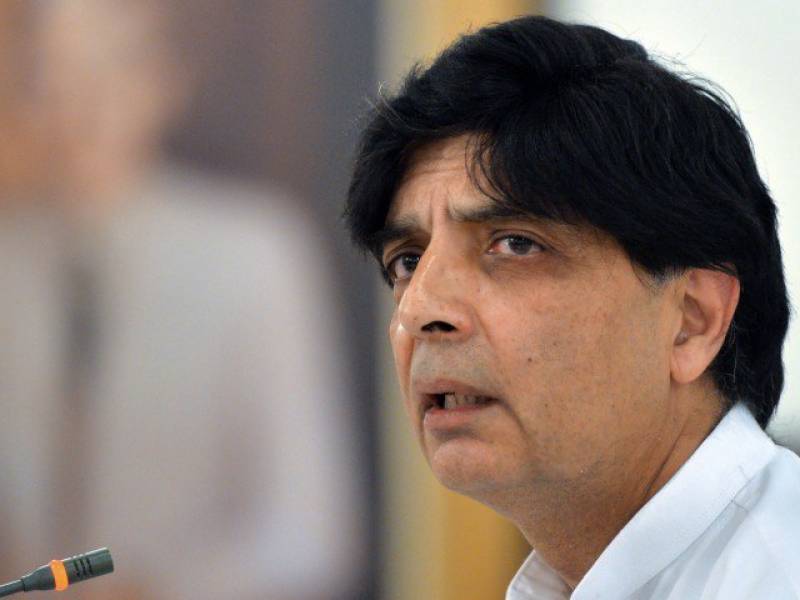 ISLAMABAD: The former interior minister Ch Nisar Ali Khan has hit hard at Maryam Nawaz during a TV programme "Jirga with Saleem Safi". Nisar said that Maryam should only be considered as the daughter of Nawaz Sharif, the country's former prime minister who stepped down from leadership after the Supreme Court disqualified him in July in the Panama Papers case.

"Children are only children, they cannot be accepted as leaders," Nisar stated, adding that they are "non-political".

The ex-minister stressed that Sharif's daughter needs to prove her mettel first by engaging in real politics.

"Maryam Nawaz should understand and partake in practical politics. Only then can she be considered a leader," Nisar said.

Nisar further said that She cannot be compared with Benazir Bhutto as how Benazir Bhutto endured jailtime and faced numerous challenges during her political career. "Benazir Bhutto spent time in jail and suffered a lot."