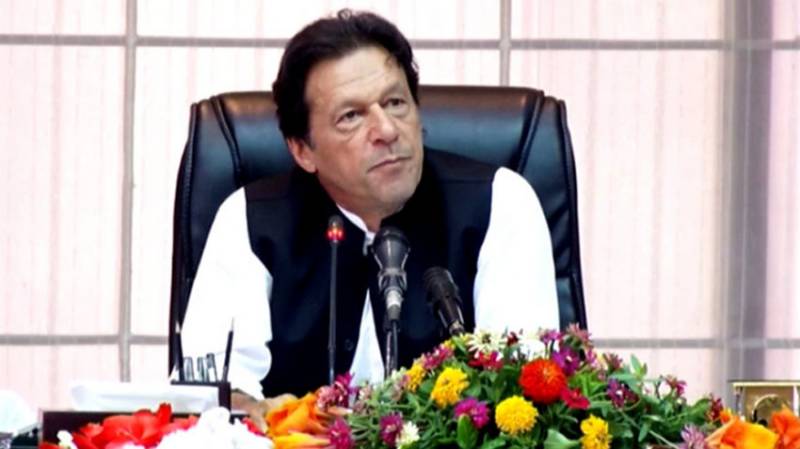 LAHORE: Prime Minister Imran Khan said on Sunday the government would ensure across the board accountability of the corrupt, while blackmailing and protests could not deter her from the hunt.

In his first press conference as Prime Minister at the Chief Minister's Secretariat here, he said drives against corruption did not succeed in the past as these targeted the opposition only, adding the National Accountability Bureau (NAB) was conducting across the board accountability as he was also summoned in the KPK government helicopter case.

Responding to political victimization allegations by the opposition, the premier said Shehbaz Sharif was arrested in a reference which was filed almost 10 months ago by the NAB, adding Shehbaz Sharif should have been arrested a lot earlier, acknowledging he was rather flustered when the Chairman NAB had decided to put off all investigations against Shehbaz Sharif before the general elections 2018.

Imran Khan said he would not spare any corrupt, adding no National Reconciliation Ordinance (NRO) was possible under him. If a cricketer committed ball-tampering, would the punishment be deferred till the end of the series, he questioned.

"The PML-N was free to protest on roads and in the assembly and I may arrange a container for them if they like so", the premier said, adding no blackmailing could save the corrupt.

Regarding the PPP and PML-N coalition in the by-polls, Imran Khan said the decision by the PPP and the PML-N leadership to contest elections from a single platform was a sufficient proof that it was the union of the corrupt, and Nawaz Sharif, Asif Ali Zardari were together for corruption.

Premier Imran Khan said the government would introduce Whistle Blow and Witness Protection acts next week, adding 20 per cent money would be given to the person who blow the whistle and help the government in recovering the money from the corrupt under the law.

Responding to a question, the premier said corruption was the biggest problem of the country as it weakened the country's economy and increased foreign debts. He said unearthing of a two billion rupees bank account of an ice-cream seller and 170 million rupees accounts of a student by the FIA were few examples how corrupt people operated in the country.

The PM said the country's economy had great potential and he was sure it would bounce back very soon, adding the country was gifted with precious minerals and other resources which would lure investors.

He said the current account deficit of the country increased to 16 billion dollars during the past five years under Nawaz Sharif.

The premier said the only way to avoid dearness was to recover the plundered money from the corrupt, adding the government had discovered 10,000 properties owned by the Pakistani nationals in the UK, UAE and other parts of the world.

He said the Pakistanis had bought properties worth 900 billion rupees abroad and many of them would have been bought through money laundering.

He said the government had sought details of 895 companies while notices had been issued to 300 persons in this regard, adding some very costly flats abroad were owned by the servant of a big-wig.

PM Imran Khan said Asset Recovery Unit comprising members from the FIA, FBR and State Bank of Pakistan (SBP) was set up in the prime minister house and the government had signed Memorandum of Understanding (MoUs) with the UK while it was seeking similar MoUs with Switzerland and UAE governments.

About Chief Minister Usman Buzdar, the prime minister said Buzdar would stay as chief minister of the province as long as Pakistan Tehreek e Insaaf (PTI) government was in power, adding he had chosen him as the chief minister for being humble, honest and conscientious.

He said Buzdar had reduced the expenditure of the chief minister house from 55 lakh rupees per month to mere 8 lakh rupees.

He said the Punjab chief minister had the first hand knowledge of the problems of the people and was easily accessible to the masses and the parliamentarians.