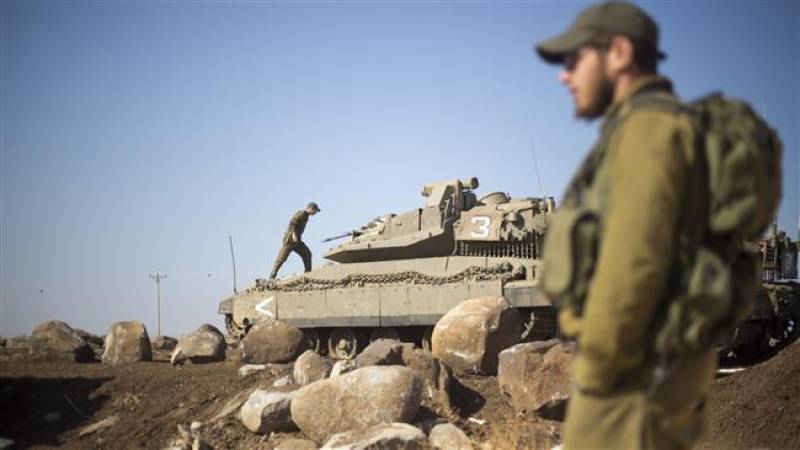 The Hebrew-language Maariv daily reported that Israeli businessman Metai Kokhafi had hired a private plane to fly his colleagues and generals to the UAE capital to discuss the terms of the weapons agreements.

The Israeli delegation’s visit to Abu Dhabi was an essential part of the arms sales, according to the report. Among the generals who were reported to have visited Abu Dhabi was the former commander of the Israeli air force, Eitan Ben Eliyahu.

The report, citing former intelligence and strategic affairs correspondent for the Haaretz newspaper Yossi Melman, said Kokhavi had "embarrassed Israel" after he boasted during a meeting in Singapore that he and his team were mediating arms deals with the UAE.

The Maariv report said Melman had criticized Tel Aviv for remaining silent on arms dealings and cooperation with Arab states, saying it would be beneficial for Israel if the evolving relationship was more overt.

Last month, Israeli Prime Minister Benjamin Netanyahu hailed the "breakthrough" in ties with Arab countries, claiming "many levels of cooperation" existed that could not yet be exposed to the public.

Citing unnamed Arab and American sources, the British daily The Sunday Times reported in June that Saudi Arabia and the Israeli regime were in clandestine talks to establish official economic relations for the first time.

Israeli media said last month Bahrain’s King Hamad bin Isa Al Khalifah had called for an end to the Arab boycott of Israel, days after the Israeli premier said relations with the Arab world were better than any other time.

Unnamed officials later told the Middle East Eye news portal that  Israel was on the path to normalizing diplomatic ties with Bahrain, with an announcement even possible in the relatively near future.

According to Maariv, Melman had said the reason behind censorship which was to "ensure no lives of officials are put in danger" was redundant, hinting that normalizing relations with Arab states should be made public.

The journalist also believed that Israeli media should be more open about close ties with Abdel Fattah al-Sisi's regime in Egypt, where the Israeli Military Censor has refused to cover intelligence cooperation between Cairo and Tel Aviv.

Tel Aviv and Abu Dhabi have no diplomatic ties and the UAE does not recognize Israel but the two sides have increased backchannel cooperation in recent years.

In November 2015, Israeli Foreign Ministry announced that Tel Aviv would “soon” open a “permanent mission” in Abu Dhabi meant to operate as part of the International Renewable Energy Agency (IRENA) based in the Emirati city.

Most recently in June 2017, an Intercept report released a number of hacked emails belonging to the UAE ambassador to the US showing that Yousef Al-Otaiba had been collaborating with a pro-Israel think tank, the Foundation for Defense of Democracies (FDD).

The correspondence between Otaiba and the FDD covered a range of topics related to Iran.