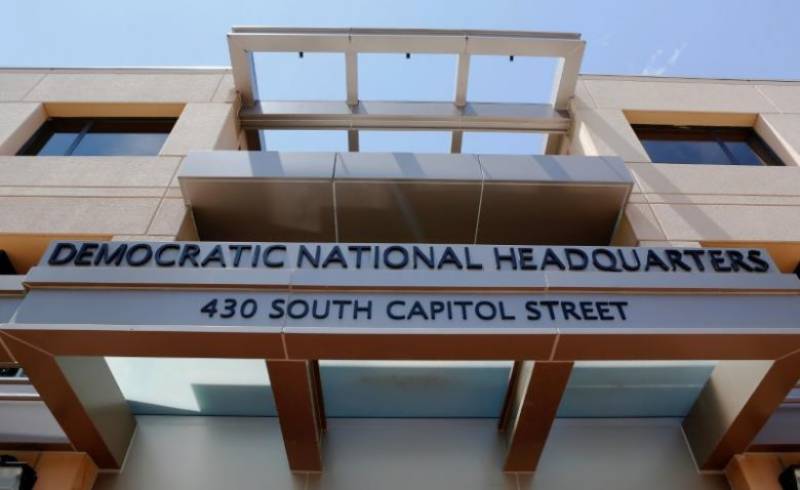 WASHINGTON (APP) - US officials on Friday formally accused the Russian government of directing cyber attacks "intended to interfere with the US election process," amid escalating tensions between the two powers.

The assertion against Russia comes with relations already frayed over stalled efforts to end violence in Syria, NATO defenses and other differences.

A joint statement from the Department of Homeland Security and Office of the Director of National Intelligence was the first official accusation by Washington against Moscow in the spate of cyber attacks, although many analysts had said the hacks appeared to be from Russia.

A US administration official said Washington would respond to the cyber attacks, without offering details.

"We will take action to protect our interests, including in cyberspace, and we will do so at a time and place of our choosing," said an official shortly after the statement accusing Russia of cyber attacks.

US suspends talks with Russia

The official statement said the US intelligence community "is confident that the Russian government directed the recent compromises of emails from US persons and institutions, including from US political organizations."

The officials added: "We believe, based on the scope and sensitivity of these efforts, that only Russia's senior-most officials could have authorized these activities:"

The statement said the disclosures of alleged hacked emails on WikiLeaks and other websites and by the online persona "Guccifer 2.0" were "consistent with the methods and motivations of Russian-directed efforts."

"These thefts and disclosures are intended to interfere with the US election process," the statement said.

Russian diplomats are being harassed by US Intelligence: Moscow

The statement, however, stopped short of accusing Russia in the recent cyber attacks on state election databases.

"Some states have also recently seen scanning and probing of their election-related systems, which in most cases originated from servers operated by a Russian company," the statement said.

"However, we are not now in a position to attribute this activity to the Russian government."

It was not immediately clear how Washington would respond in the matter. Officials have in the past said any cyber attacks on important US institutions would prompt a response, which could take the form of diplomatic or economic sanctions, or possibly cyber measures.

Russia sends naval warships to Mediterranean as tensions rise with US

US Senator Dianne Feinstein, who last month said she and other lawmakers believed Moscow was seeking to disrupt the election, said the new statement "conveys the seriousness of the threat" to the vote.

"Attempted hacking of our election system is intolerable, and it's critical to convince the Russian government to cease these activities," the California senator said.

"If it does not, we must develop a strong response."

Jason Healey, a former White House director of critical infrastructure protection who is now a researcher at Columbia University and with the Atlantic Council, said the US has tools to respond.

"The initial response will be to protect and thwart what the other side wants to do," Healey told.

Healey said Washington is also capable of "counteroffensive cyber actions" which can limit or deter attacks.

"Don't attack them back but use our own cyber capabilities to disrupt them," he said.

"I would not call that offensive, it's counteroffensive."

The FBI has been investigating a leak of Democratic National Committee emails, which were published by WikiLeaks in July.

US has been spying on Japan government offices including Climate Change Strategy: Wikileaks

A hacker group using the name Guccifer 2.0 has also released leaked emails and has claimed to have hacked into the Clinton Foundation, led by former US president Bill Clinton, whose wife Hillary is the Democratic presidential nominee.

But the US statement said that "it would be extremely difficult for someone, including a nation-state actor, to alter actual ballot counts or election results by cyber attack or intrusion."

That is because of the decentralized nature of the US election system, which is operated by thousands of state and local government entities.

"States ensure that voting machines are not connected to the Internet, and there are numerous checks and balances as well as extensive oversight at multiple levels built into our election process," the statement said.

"Nevertheless, DHS continues to urge state and local election officials to be vigilant and seek cyber security assistance from DHS. A number of states have already done so."