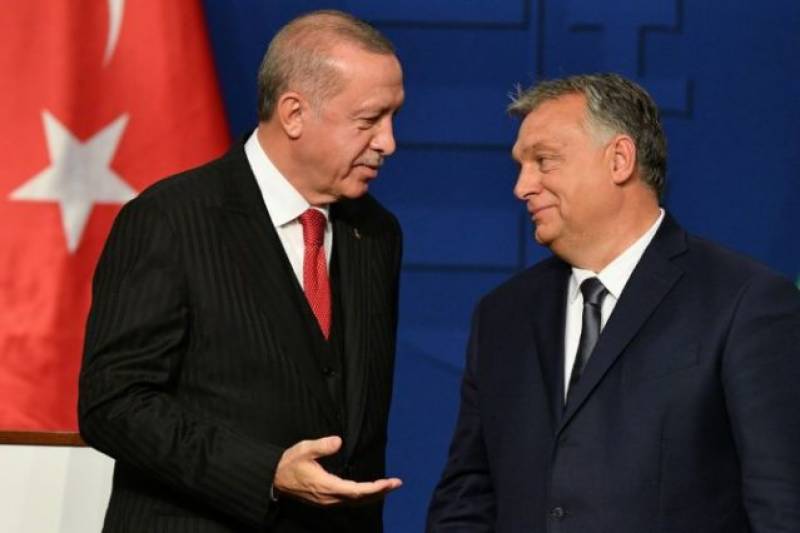 Budapest - Turkish President Recep Tayyip Erdogan on a visit to EU member Hungary repeated his threat Thursday to "open the gates" for millions of refugees eager to flee to Europe unless more international support was provided.

Ankara launched the military operation last month to push Syrian Kurdish forces back from its border and create a "safe zone" to take in some of the 3.6 million Syrian refugees currently in Turkey.

Erdogan has called on EU countries to provide more financial support for his plan to create the "safe zone".

"Whether or not support comes, we will continue to host our guests, but only up to a point," Erdogan said at a news conference alongside Orban.

"If we see that this does not work, just like I said before, we will have no option left but to open the gates. If we open the gates, it is obvious where they will go," Erdogan added.

Orban, an anti-immigration figurehead for nationalists in Europe and beyond, said Hungary stood ready to help Turkey however it could to create the "safe zone".

"Without Turkey, you cannot stop migration headed for Europe... As a consequence of this, Hungary is a strategic partner of Turkey in security and migration questions," he said.

"We have to do everything to avoid masses of migrants arriving at Hungary's southern border, and for that we need Turkey's help."

Erdogan's visit comes just a week after Orban hosted Russian President Vladimir Putin, stoking concerns in the European Union that the self-styled "illiberal" Hungarian is cosying up to autocrats.

Speaking alongside Putin, also a regular visitor to the EU and NATO member state, Orban defended his foreign policy of "eastern opening", saying Hungary was in a "Berlin-Moscow-Istanbul triangle".

Accusing his Western critics of turning a blind eye to their own countries' trade and political engagements with eastern countries, Orban has repeatedly defended Ankara.

Hungary delayed an EU resolution condemning Turkey's action, with Orban insisting that the offensive was in "Hungary's national interest" because it would help stop refugees coming to the EU.

At a meeting in Kazakhstan last month, Erdogan personally thanked Orban for his "support" for Ankara's Syrian operation.

Orban was also one of the few European leaders to attend Erdogan's July 2018 inauguration ceremony for his second term in office, while the Turkish leader visited Hungary in October last year.

"(Orban's) Turkey policy fits in with his strategy toward the east, trying to give political favours for economic ones," Daniel Bartha, director of the think tank Centre for Euro-Atlantic Integration and Democracy, told AFP.

Orban said Thursday that Hungary would be able to get natural gas from the TurkStream pipeline -- which will supply Russian gas to Turkey via the Black Sea -- by the end of 2021.

The Hungarian army also plans to buy Turkish armoured vehicles, according to media reports, while a Budapest-based Turkish business magnate is close to both Orban's family and to Erdogan.

"The Hungarian government appears to perceive Turkey as an emerging, key geopolitical player, not only in Syria but also in southeastern Europe and the broader Middle East," said Daniel Hegedus, an analyst with the German Marshall Fund of the United States.

"It seems ready to accept significant conflicts within the EU to please Ankara, and acts according to the interests of Turkey and Russia rather than the Western alliances Budapest belongs to," Hegedus told AFP. -APP/AFP