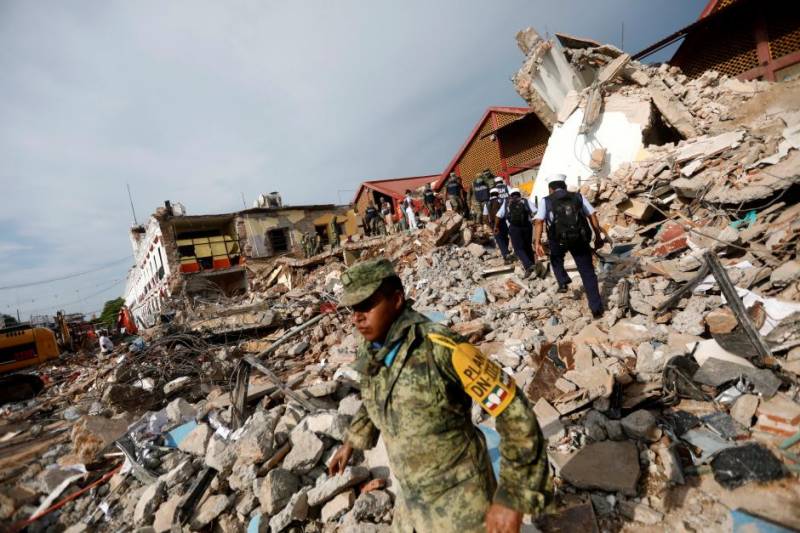 Speaking at a public event, the president said the quakes partially or totally damaged 184,000 homes, while 14,000 businesses and 16,000 schools were also affected.

It is "a reconstruction that the government estimates will demand an investment of 48 billion pesos (around $2.5 billion).

One tenth of these resources will be provided by the private sector," he said.                  Tuesday marks two months since an 8.2-magnitude earthquake -- the strongest in Mexico in a century -- swept over the states Chiapas and Oaxaca, leaving 96 dead.

On September 19, the 32nd anniversary of a devastating tremor which killed over 10,000 people in 1985, Mexico City suffered another quake, this time with magnitude of 7.1, leaving 369 people dead.

Pena Nieto said most of the resources for reconstruction will come from public funds. Private donations will not be handled by the government, which will instead coordinate them in order to avoid duplicating reconstruction projects.