Time to set aside personal agendas, intolerance will destroy us: Asif
8 May, 2018 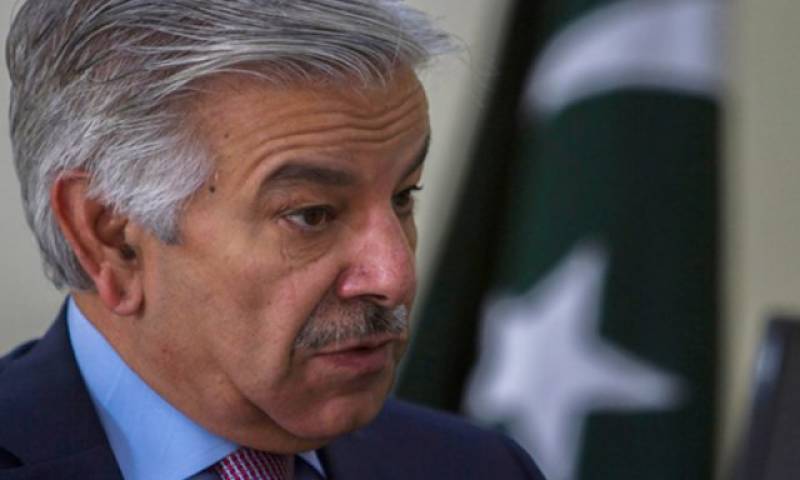 ISLAMABAD: Senior PML-N representative and ex foreign minister Khawaja Asif urged politicians to set aside their personal agendas and focus on eliminating intolerance in the country.

“Our own hands are becoming the cause of our destruction,” he said during SAMAA’s Nadeem Malik Live program. “The biggest threat to Pakistan today is intolerance. It will destroy the whole country.”

He urged politicians to leave aside petty interests and come on the same page for the sake of Pakistan.

“We should all take a time out and sit together to save Pakistan,” he said. “This country is facing grave dangers that we must address.”

Asif on PTM and the existential crisis that Pakistan faces

Khawaja Asif said that it was time for Pakistan to reflect on its actions and make sure that history does not repeat itself.

“Our borders have been changed before,” he said. “Now there is a new Pashtun front opening up in the country. I cannot comment on the PTM but we must be cautious.”

The ex-foreign minister said that he had been hurt by Zardari’s recent criticism of Nawaz Sharif. He said that at the behest of the former prime minister, Khawaja Asif had helped out Zardari after Benazir Bhutto’s death.

“Zardari said this to Nawaz Sharif on various occasions. He told Nawaz that the PPP would not accept him as their leader and that majority of the members were gathering around Makhdoom Amin Fahim,” he said.

Asif said that Nawaz laid down his terms for Zardari which included that the PPP government would hold Musharraf accountable and restore the Supreme Court’s judges ousted by the military dictator.

The ex-foreign minister said that Zardari assured Nawaz that both terms would be fulfilled. Asif said that he then supported Zardari so that his position within the PPP would be strengthened.

“Zardari said to Bilawal in a meeting which I was also part of that Khawaja Asif has helped us a lot,” he said. “Zardari told his son to always remember Khawaja Asif since he has done a lot for you.”

When asked by Nadeem Malik about why Zardari refused to restore the judges and imposed governor rule in Punjab, Khawaja Asif said that the former president did not pursue the party’s interest.

“Zardari only pursues and acts upon his own interests,” he said. “They say Zardari is a great and loyal friend to have. This is all made up about him. He only cares about himself.” AP