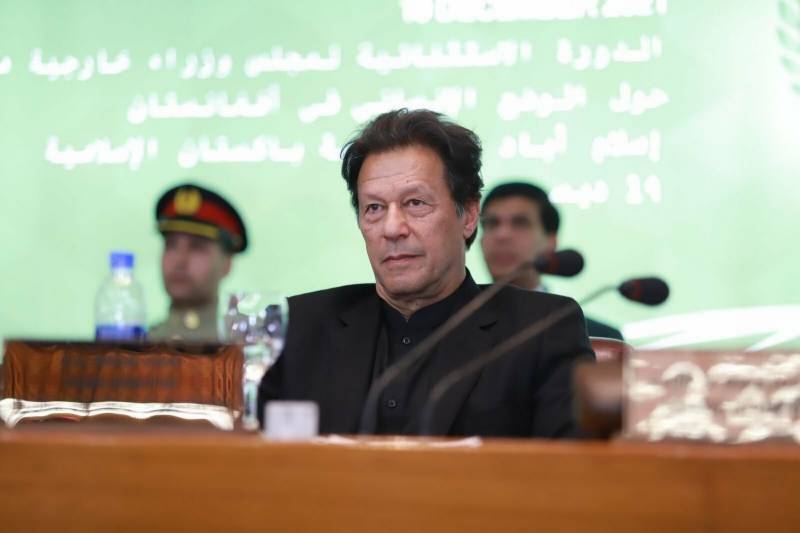 ISLAMABAD – Prime Minister Imran Khan has reiterated to continue the fight against the ‘corrupt mafia’ after a bloc of major opposition parties submitted the no-confidence motion seeking to remove the incumbent premier from office.

Khan while addressing an event in the country’s federal capital on Tuesday, said his government is not going anywhere but will be more powerful after the latest move of the Pakistan Democratic Movement (PDM) alliance.

Khan, after cautioning the opposition to be prepared for what he would do to them after filing a no-confidence motion, hinted at foreign involvement behind attempts to oust the PTI government.

He said Rs180 million are being offered to our lawmakers while adding that the opposition is playing mind games and I’m a ‘master of it’.

Lamenting that politicians are being traded shamelessly, Khan quipped that he have told his people to take the money being offered and use it for noble causes. He also alleged that funds are being used to get the support of journalists.

Taking a jibe at the opposition narrative, he said the PDM alliance claimed that the establishment has given them a signal. He however negated such claims saying institutions would never go against Pakistan.

Khan also reacted to changing of Punjab Chief Minister Usman Buzdar saying it is no easy task. “There’s a procedure to be followed,” he added.

The Opposition filed the no-trust motion today and now the possibility of a change in the country’s most populous region Punjab is being discussed a day after former estranged PTI leader Abdul Aleem Khan joined the Jahangir Tareen group.

Khan also responded to Tareen’s camp move saying he can say with confidence that Jahangir Tareen would never side with traitors.