Clashes Reported between participants of Aurat March and Religious Rally in Islamabad
8 Mar, 2020 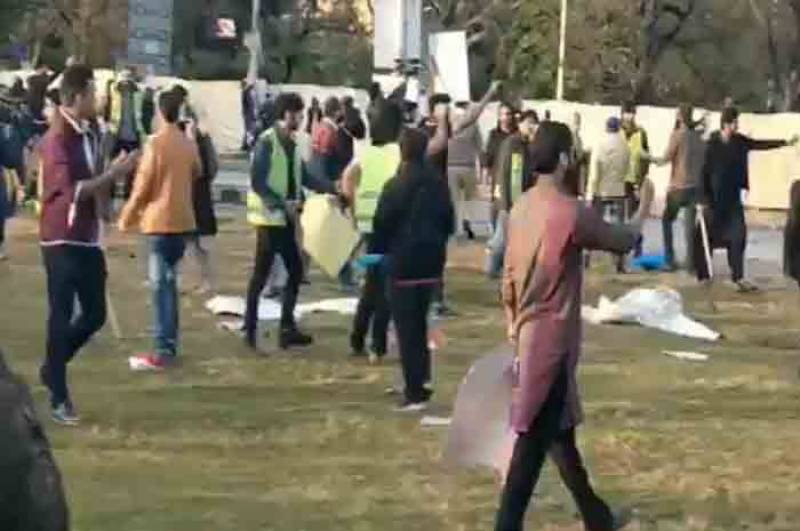 Rallies are being conducted in major cities across the country to observe the annual event under the theme, “I am Generation Equality: Realizing Women’s Rights”.

A parallel rally was being held by a religious group on the oppsite side of a road in the capital city where the Aurat March was being staged when both sides faced off and raised inciting slogans against each other.

In what appeared to be an administrative failure of the capital authorities, several people injured after both sides hurled stones at each other despite the presence of the police on the occassion.

The women march is now heading towards parliament from F6 Markaz while a heavy contingent of police include lady cops is guarding the event.

Earlier today, in his message to the nation on the Women's Day, Prime Minister Imran Khan said inclusive and sustainable socio-economic development could only be ensured by providing equal opportunities and a conducive environment to women.