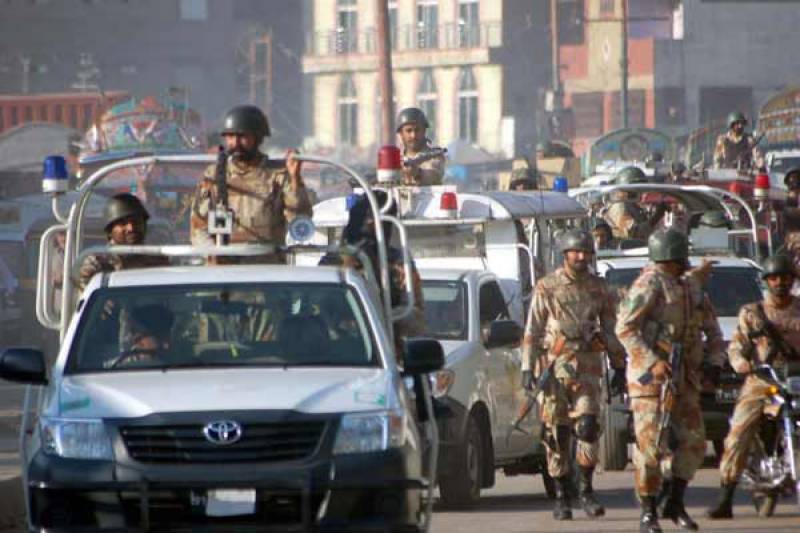 ISLAMABAD: Sindh Rangers requested Supreme Court to direct Sindh government for giving power of prosecution and setting up their own police station here at Monday.
As per details, Karachi law and order suo-moto case was heard by larger bench consisting of 5 members in SC Karachi Registry. During the hearing, Rangers’ counsel presented a report in Supreme Court and demanded Sindh government to give the power of prosecution in cases of target killing, terrorism, ransom and extortion.

Police do not conduct free and fair investigation due to the political pressure. Ranger’s officials took plea in the court that Sindh government is creating hurdles in Karachi operation and want to reduce the powers of Rangers.
Rangers expressed dissatisfaction over the performance of Sindh police in its report saying that the accused succeed to release themselves due to the poor investigation of police.