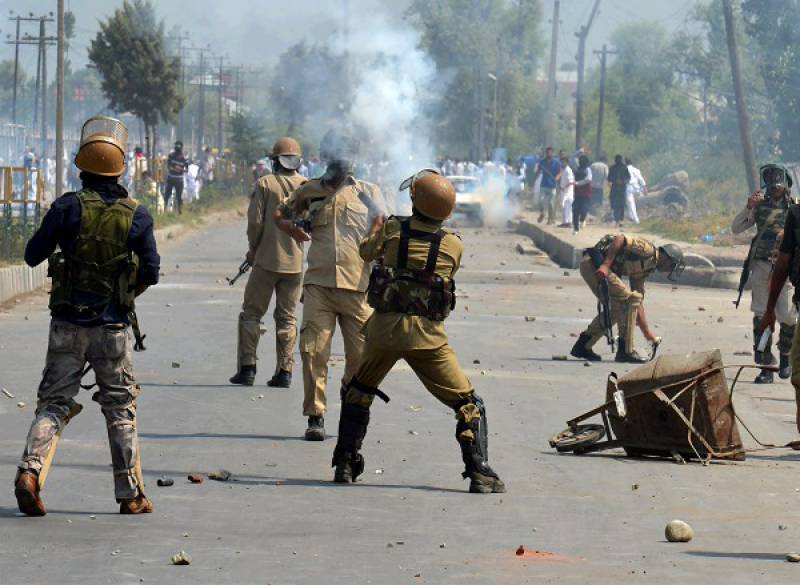 SRINAGAR: Indian forces killed a freedom fighter in the Buchroo village  of Kulgam in Indian Occupied Kashmir.
The freedom fighter died in a gun fight with forces and identified as Dawood Ahmad Sheikh belonged to Hizb-ul-Mujahideen.

Dawood was arrested several times on stone pelting charges and joined the group in 2013.
Police claimed that he was involved in killing of Territorial Army man Gowhar Ahmad in Khudwani.
Hizb-ul-Mujahideen paid a rich tribute to the martyr Dawood Ahmad Sheikh.

A Hizb spokesman said “Though the martyrdom of Dawood is a big loss, his sacrifice will play a cardinal role in ending Indian occupation in Kashmir.”
The government imposed Sec.144 of CrPc in the town to prevent people from participating in Dawood’s funeral prayers.
Thousands of people from different parts of state participated in the funeral of Dawood despite of government’s announcement.

The forces lobbed tear gas shells and used pellet guns to disperse protesters.
At least eight protesters were injured during clashes.
Hizb leader said “The blood of youth will not go waste and the freedom movement will continue till it is taken to its final destination.”