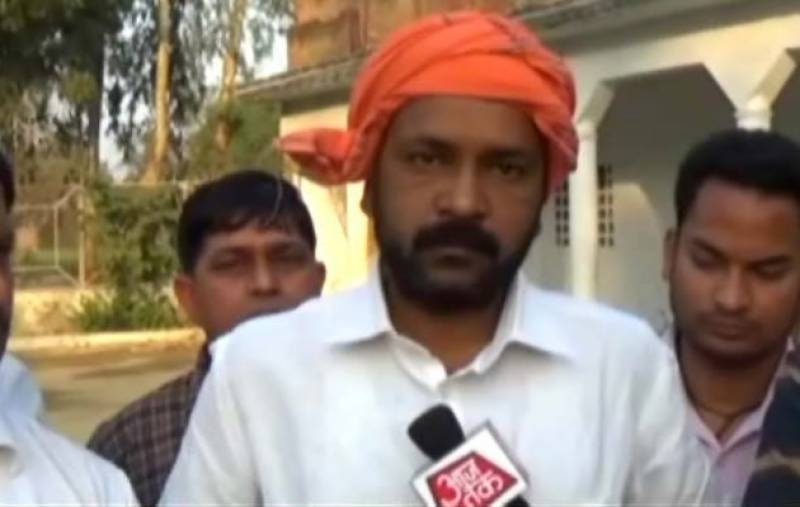 NEW DELHI: BJP youth wing leader Kuldeep Varshney announced a reward of Rs. 5 lakh for cutting JNU students union leader Kanhaiya Kumar’s tongue.
He claimed that Kanhaiya is allegedly speaking against BJP and Prime Minister Modi since he IS released on bail.
BJP took a serious action against Varshnay and expelled his membership for six years.

Harish Shakya, BJP’s president of district unit, claimed that Varshnay’s controversial statement is his personal one and party has nothing to do with it.
Delhi police has also arrested a man who had put up posters against JNUSU president Kanhaiya Kumar, offering a reward of Rs. 11 lakh for anyone who shot him to death.
Adarsh Kumar claimed that who will kill the union leader, will be rewarded Rs.11 lakh from Purvanchal Sena.

He said “Kanhaiya Kumar is a traitor. He has done wrong. He was a part of the group who raised anti-national slogans and such people should be punished like this.”
Kanhaiya was arrested over sedition charges and later released on bail for six month.
He was arrested on February 12 in connection with JNU incident where people allegedly raised anti India slogans and expressed solidarity with Afzal Guru who was convicted  due to parliament attack in 2001.