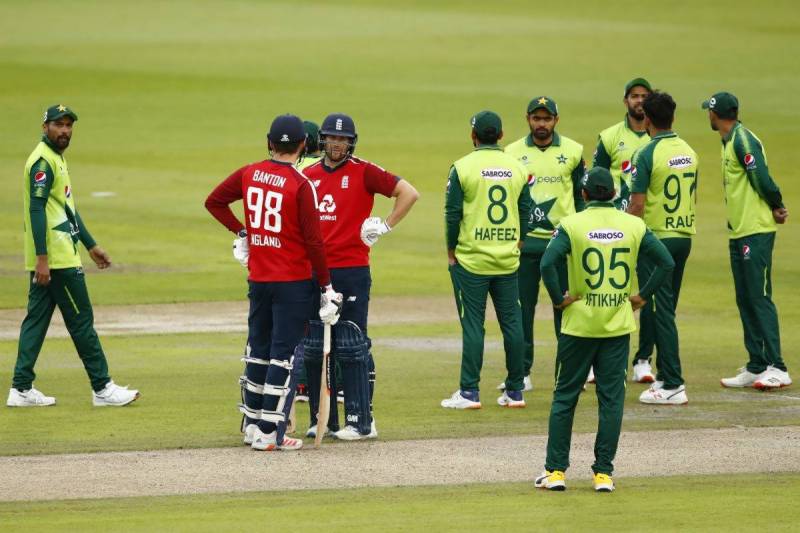 ISLAMABAD – The federal government has turned down a request made by PTV to liaise with Indian broadcasters for live-streaming of the upcoming Pak-England cricket series in Pakistan.

Minister for Information and Broadcasting Fawad Chaudhry while addressing a press conference said that Pakistan will not engage in any business deal with India until it reverses its August 5, 2019 act that has ripped occupied Kashmir of its special status.

The minister went on to say that England series could not be broadcast in Pakistan since Indian firms Sony and Star India have monopoly over all cricket content of South Asia, besides holding the rights of broadcasting the content.

However, Chaudhry said that they would try to find a middle ground by approaching the English and Wales Cricket Board (ECB) in this regard.

He said that ties with India cannot be normalised until the restoration of the occupied Kashmir’s previous status.

He said that the PTV and the Pakistan Cricket Board (PCB) will have to face financial losses if the matches are not live-streamed in Pakistan.

Pakistan are scheduled to tour England for 3 ODIs and 3 T20Is to be played between July 8 and July 20.