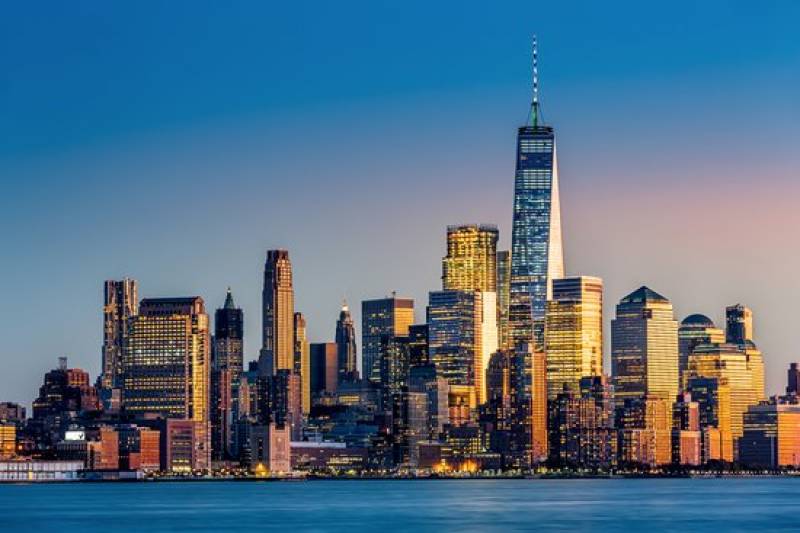 ISLAMABAD ,NEW YORK,Opinion pieces in leading U.S. publications have lashed out at Indian celebrities for their hypocrisy in crying out loud over the killing in police custody of George Floyd, an African-American man, after remaining completely silent when police-backed Hindu fanatics massacred Muslims in India recently.

Writing in The Washington Post, Rana Ayyub, an Indian journalist and an author, said many Indians found that voicing outrage over Floyd's murder was a safe cause, and referred to Bollywood star Priyanka Chopra's instagram expressing her pain and anger while sharing the victim's last words, "Please, I can’t breathe”.

"But where have these celebrities been when Indian Muslims have been systematically targeted by a majoritarian regime and a prejudiced legal system," she pointedly asked.

"As an Indian Muslim, I see the use of #BlackLivesMatter not as an extension of real solidarity, but as a reflection of the moral disfigurement of a population that looks the other way when its own minorities are discriminated against and lynched. Where were they when, during the Delhi carnage in February, police officials thrashed and beat to death Muslim men while demanding they chant the national anthem?

"Do (Ms.) Chopra and (industrialist Ratan) Tata even know their names? What about solidarity with the 15-year-old who was lynched for wearing a Muslim cap? Where was the outrage when a cabinet minister honoured a group of killers who lynched a young Muslim man?

Ms. Ayyub added, "In Kashmir, India’s only Muslim-majority state, Modi revoked the special autonomous status, leaving the valley in a state of military lockdown and isolation that has generated multiple human rights abuses.

"Soon after the Citizenship Amendment Act was passed, the Modi government pushed for the implementation of the National Register of Citizens, which has sought to delegitimize and erase Muslims in India. Students and activists have been attacked on university campuses. And when the capital erupted in an anti-Muslim pogrom in February, officials like powerful Home Minister Amit Shah said the violence was 'unfortunate' and praised the police.

Another Indian journalist, Raksha Kumar, wrote in Foreign Policy, a prestigious magazine, about the targeting of Muslims and other minorities as well as frequent cases of police brutality in India that evoke no response from public figures.

After seven decades of independence,  India has yet to conclusively address the inequities within its society, the article said.

"In the weeks following India’s strict coronavirus lockdown that began on March 25, a gush of media reports told a story of unfettered police aggression. In the central Indian city of Pune, an ambulance driver was beaten by the police on suspicion of illegally transporting passengers in his vehicle. (He was not.). In West Bengal, a man was allegedly assaulted by the police when he stepped out to buy milk. He later died from his injuries. In just the first week of the country’s shutdown, the police assaulted 173 people and were allegedly responsible for 27 deaths, according to a report by a local nonprofit organization.

"In the eastern state of Bihar, police sought a bribe from a man who was transporting potatoes during lockdown. When he refused, they shot at him. In Madhya Pradesh, the police punished a man who violated the lockdown by writing the words 'I have violated lockdown, stay away from me' on his forehead. Punjab’s police punished one scofflaw by rubbing his nose on the ground. These instances disproportionately impacted the country’s millions of daily wage laborers, who needed to work to put food on the table, and out-of-state workers, who were displaced by the sudden orders to stay at home.

"Some recent police activity seems vengeful. In the past six weeks, Delhi’s police have arrested several student union leaders and other dissidents who legally protested anti-Muslim government laws in January and February demonstrations that came to a halt primarily because of the coronavirus lockdown. Since there is limited access to courts in this period, the arrests effectively thwart the potential for renewed protests once lockdown restrictions are lifted.

"Delhi’s police force, which reports directly to the central government led by Prime Minister Narendra Modi, faced blame in February when religious violence ripped apart neighborhoods in the city’s northeast. A clash between demonstrators for and against the government’s controversial citizenship laws flared into riots after police threw stones at Muslim protesters and beat young Muslim men to death, according to the BBC. One video caught cops smashing closed-circuit TV cameras, while another showed them helping men gather stones to throw. Several reports showed that policemen stood by while the attackers went about their business, leading expert observers to describe the rioting as a state-backed pogrom.

"Not a single policeman has been arrested for the documented excesses during the riots.Police overreach is not new, of course. Last year, United Nations experts said they were 'extremely concerned' about a spate of extrajudicial killings by police in the state of Uttar Pradesh. The killings, known locally as 'encounters,' are often defended by the police as necessary acts of self-defense.Many of the problems with policing in India go back to the colonial era. The British Raj deployed the police largely to discipline the local population. When India become independent in 1947, its new government retained much of the old British playbook for policing, such as a tiered system for recruitment."

At the outset of her article, journalist Rana Ayyub also highlighted the lack of any reaction among public figures to the denial by an Indian court of the bail application of Safoora Zargar, a 27-year-old Kashmiri student activist who is five months pregnant and has been in jail while suffering complications due to polycystic ovary syndrome.

"Doctors fear a possible miscarriage that could endanger Zargar’s life. She has been in the dreaded Tihar Jail in New Delhi for two months for allegedly conspiring to obstruct law enforcement during February’s nationwide student protests against the discriminatory Citizenship Amendment Bill, which brazenly excludes Muslim migrants," Ms. Ayyub wrote.

"The judge scolded the activist, saying that 'when you choose to play with embers, you cannot blame the wind to have carried the spark a bit too far.' Now Zargar, who stood up to the tyranny and communal bias of the Indian state, has been booked under the draconian Unlawful Activities (Prevention) Act for terrorism and instigating riots in the national capital — all for exposing the country’s moral bankruptcy.

"A country that rose in solidarity for a dead elephant looks the other way as Zargar waits in an overcrowded prison during a pandemic. (Many Indian celebrities voiced sorrow over the recent death of a pregnant elephant that had accidentally consumed a pineapple with firecrackers in it.)

"Zargar is in prison while the real intellectual architects of the recent anti-Muslim carnage that rocked Delhi in February, and took more than 50 lives, remain in the highest positions of power as officials in Prime Minister Narendra Modi’s government. Some have openly urged their supporters to shoot 'traitors', ” Ms. Ayyub added.(IFT-APP)