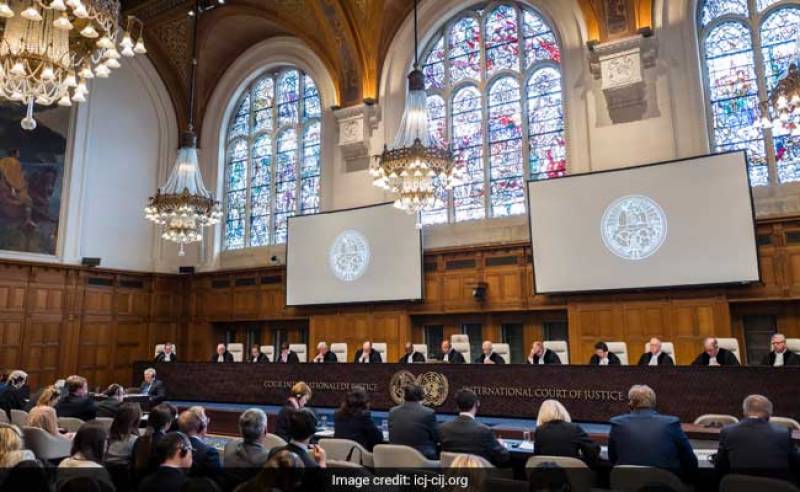 Pakistan India delegations held a meeting on Thursday with the President of the International Court of Justice (ICJ) Ronny Abraham to discuss the timelines in the Kulbhushan Jadhav case, a press release issued by the attorney general's office said.

The meeting, which was not a hearing as no discussions on the substance or merits of the case took place, also included registrar of the ICJ and other court officials.

The delegation from Pakistan was led by Attorney General Ashtar Ausaf and included defence counsel Khawar Qureshi, Director General for South Asia in the Ministry of Foreign Affairs Dr Mohammad Faisal and Head of International Disputes Unit in the Office of the AG Ahmed Irfan Aslam.

The president of the ICJ sought the views of the two parties as to the amount of time they would require to submit their written pleas and supporting evidence, known as Memorials. AG Ashtar Ausaf urged the court to adopt an expedited timetable with a view for an early substantive hearing.