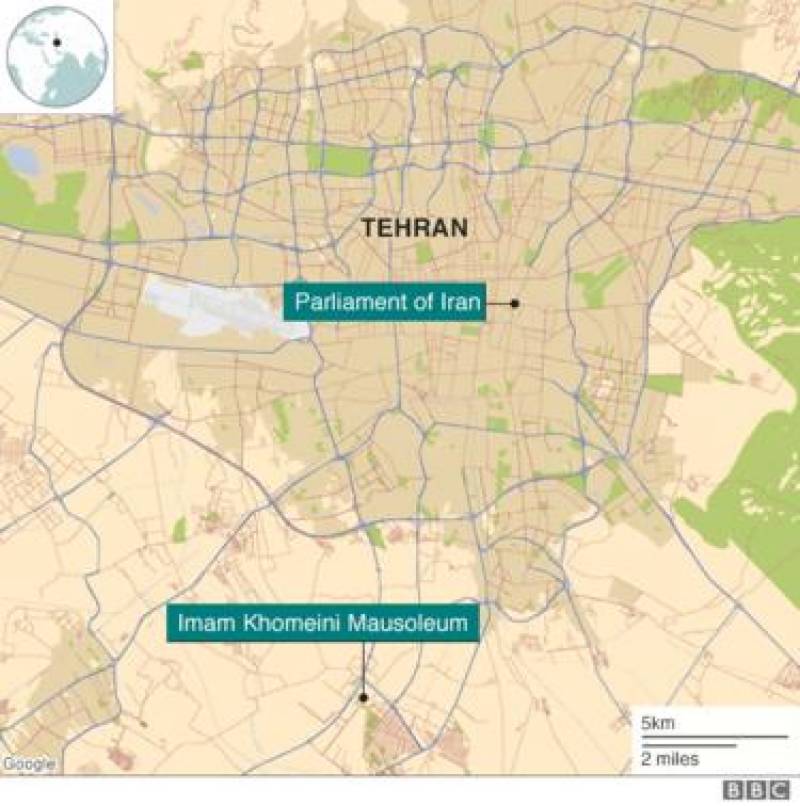 Iran says the attackers who killed 12 people in the capital Tehran were Iranians who had joined so-called Islamic State (IS).

All the attackers were killed. Five people believed to be planning a third attack were arrested, officials said.

Iran's powerful Revolutionary Guards accused Saudi Arabia and the US of being behind the attacks.

The violence comes amid heightened tension in the Middle East, with Saudi Arabia and other Arab states cutting ties with Qatar over alleged support for Islamist militants and closer ties with Iran.

In an interview on state TV, Reza Seifollahi, deputy chief of Iran's Supreme National Security Council, said the attackers "had joined Daesh [IS] from a number of regions inside Iran."