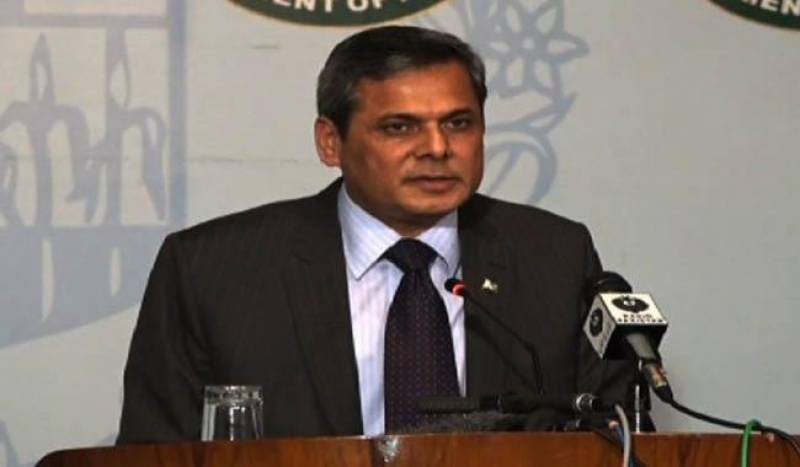 “Pakistan and Afghanistan need to closely coordinate with each other for overcoming the scourge of terrorism,” he remarked during the weekly media briefing of the foreign office.

The spokesperson said Afghanistan has been in turmoil for over forty years, and this situation has given space to terrorists.

“Afghani people have suffered a lot due to terrorism so have we,” he added.

The instable Afghanistan has affected Pakistan more than any other country, Nafees Zakaria said adding that Pakistan believes in Afghan-owned and Afghan-led peace process.

Kbul peace process was a positive step in this regard, he noted.

Replying to a question regarding the 17th Shanghai Cooperation Organization (SCO) 2- days summit commenced on Thursday in Astana in which Pakistan will become its full member, the spokesperson said all the member countries have to play an important role in this summit for regional peace and peaceful solutions to regional issues.

He said Prime Minister Nawaz Sharif is in Astana for this historic occasion.

Replying to another question regarding the relations between Qatar and other Gulf countries, the spokesperson said Pakistan believes in the unity among the Muslim countries.

He said Pakistan has already made serious efforts in this regard.

He, however, added “We are very much concerned about the current situation in the middle east.” He said the Indian occupied forces are continuously engaged in cross-border violation on the Line-of-Control (LoC) and the working boundary.

He said India is seeking conflict with Pakistan.

During the last one week, nine defenceless Kashmiris, including a 12th class student Adil Farooq Magray in Shopian, a post graduate student Ajaz Ahmad Mir, and Basharat Ahmad Sheikh (19) have been martyred and around 40 were arrested and an equal number of people were injured including half dozen with pellets at the hands of Indian occupation forces in the occupied valley, he added.

On the call of Syed Ali Gilani, Mirwaiz Umar Farooq and Muhammad Yasin Malik, Kashmiris will be observing peaceful protests across the Kashmir Valley on Friday against the brutal killing of Kashmiri students.

Spokesperson said the resolve of the defenceless Kashmiris in the IoK could not be deterred despite deployment of the largest military concentration in the world in IoK, who have unleashed reign of terror and torture for the past seven decades inflicting untold miseries upon Kashmiris.

He said the government of Pakistan calls upon the UNSC, members of UN and Human Rights organizations across the globe to call India to account for the grave human rights violations and crimes against humanity committed by its occupation forces in Indian occupied Kashmir.

“We have strongly taken up the issue of grave human rights violations in IoK at the Council of Human Rights in Geneva at the 35th Session, yesterday” he added.