Pakistan calls on UN to include Hindutva fascism in its counter-terrorism push July 08, 2020
8 Jul, 2020 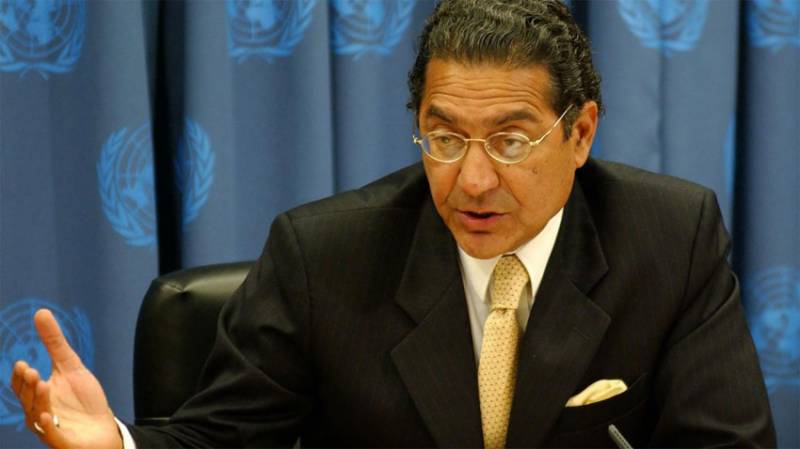 ISLAMABAD-Pakistan has called on the United Nations to include Hindutva fascism in its counter-terrorism endeavours, as its dystopian narrative, like other forms of violent supremacist movements, also fuels terrorism.

The demand was made by Pakistan's Permanent Representative to the world body, Munir Akram while speaking in a webinar on ‘the Global Scourge of Terrorism: Assessment of High-Risk Threats and Trends.

He said the racist and fascist ideology of Hindutva, practiced by the ruling BJP and its militant parent, the RSS in India, poses an existential threat to the 180 million Muslims of that country.

Referring to the sponsoring, funding, and support of terrorism by the state and non-state actors, Munir Akram said terror outfits are being used as ‘guns for hire’ by India to destabilize Pakistan.

He cited the terror attacks on Chinese Consulate in Karachi and more recently on Pakistan Stock Exchange as examples of that form of terrorism. He said Pakistan is among the biggest victims of terrorism.