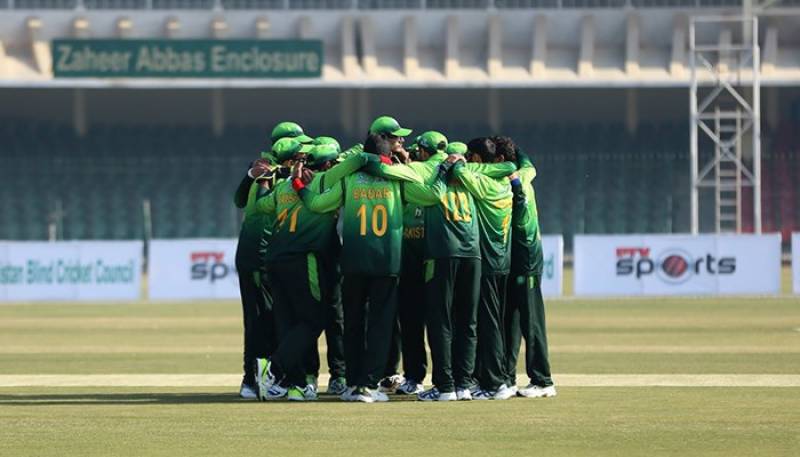 LAHORE: Pakistan beat Bangladesh in the opening game of the Blind Cricket World Cup tournament at Gaddafi Stadium on Monday.

Pakistan were given a target of 208 after the Green Shirts won the toss and put Bangladesh in to bat first in the 40-overs game.

The hosts chased down the total in 17 overs.

The tournament includes teams from cricket-playing nations such as Australia, England and India. However, only teams from Bangladesh and Nepal have agreed to play in Pakistan for now, while matches with other countries are scheduled to be held in UAE.

The Pakistan Blind Cricket Council was forced to change the schedule of the World Cup after the Indian government earlier this month refused to grant permission to its team to travel to Pakistan for the matches.

India and Pakistan will face off in Ajman, UAE on January 12. The final of the tournament will be held on January 19 in Sharjah.

India and Pakistan's senior cricket teams have not played a bilateral series since 2013 because of the tense political climate.

However, Pakistan's blind cricket team travelled to India for last year's inaugural Twenty20 World Cup that was won by the host nation.