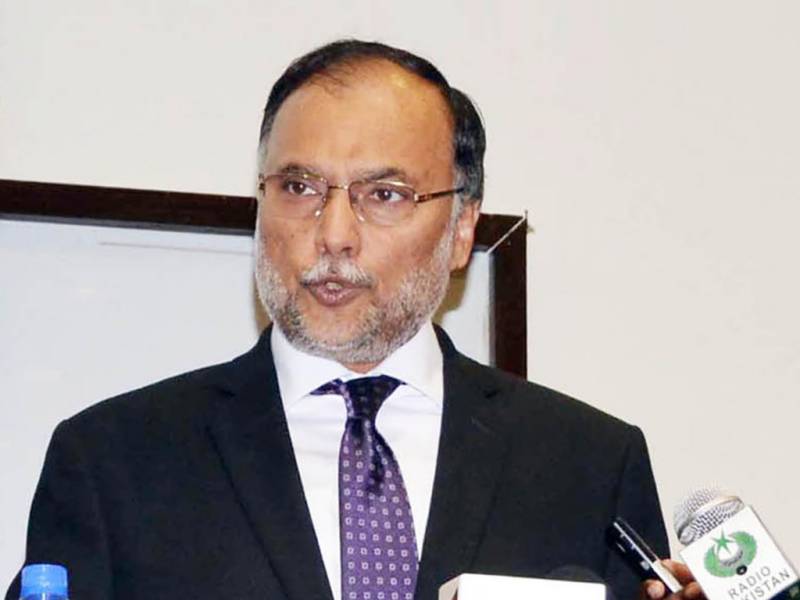 ISLAMABAD: Leaders of Pakistan Muslim League(N) Thursday said International Monetary Fund (IMF) and World Bank were fully aware of the debt profile and current account deficit of Pakistan in 2018 but they still projected six percent growth in its Gross Domestic Product (GDP) in 2019.

Speaking at a press conference along with Saira Afzal Tarar and Marriyum Aurangzeb, PML-N leader Ahsan Iqbal said PMLN government curbed menace of terrorism and during its tenure, the economy grew from three percent to 5.8 percent of Gross Domestic Product (GDP).

In January 2018, the World Bank projected the economy of Pakistan to grow by 6 percent in 2019 and same was the projection of International Monetary Fund (IMF), he added.

However, this year the economy had been forecast to slow down to three percent of GDP and cause was the prevailing political crisis, he alleged.

Ahsan said in today’s world strength of a country was its economy, adding World Bank and IMF had more financial data than Pakistan and they were aware of the economic situation in the country.

He claimed that PMLN government made investment in infrastructure development and energy projects but now the hopes for better growth were dashed and PML-N efforts of five years were smashed.

From Karachi to Gwadar, he alleged the development projects, launched by PML-N, were now moving at a slow pace.

The western route of CPEC was still to be completed and facing delay, he alleged  adding funds should be released so that western route could be completed. The pace of progress on China Pakistan Economic Corridor (CPEC) was slow, he opined.

Eastern bypass project of Lahore meant to reduce traffic congestion could not be opened and similarly Lahore Sialkot motorway despite completion, was closed for traffic, he added.

Ahsan Iqbal alleged the gas bills of consumers had increased by 80 percent and they were sent collective bills for two months. “Consumers were shaken by the inflated bills of electricity and gas.”

He pointed out that when the country was facing loadshedding, PMLN brought electricity. “We initiated projects for South Punjab. Two weeks ago we introduced a bill for creation of South Punjab province but still the bill was to be laid before the National Assembly.”

He said PMLN during its government introduced a relaxed visa regime for promotion of tourism.

He claimed that the agreements for sharing financial information with Swiss government and other countries were also signed by the PMLN government.

The scheme of health insurance was launched by the former prime minister Nawaz Sharif on December 31, 2015, she added.

She said PML-N government did not change the name of Benazir Income Support Programme (BISP) and continued with the project.