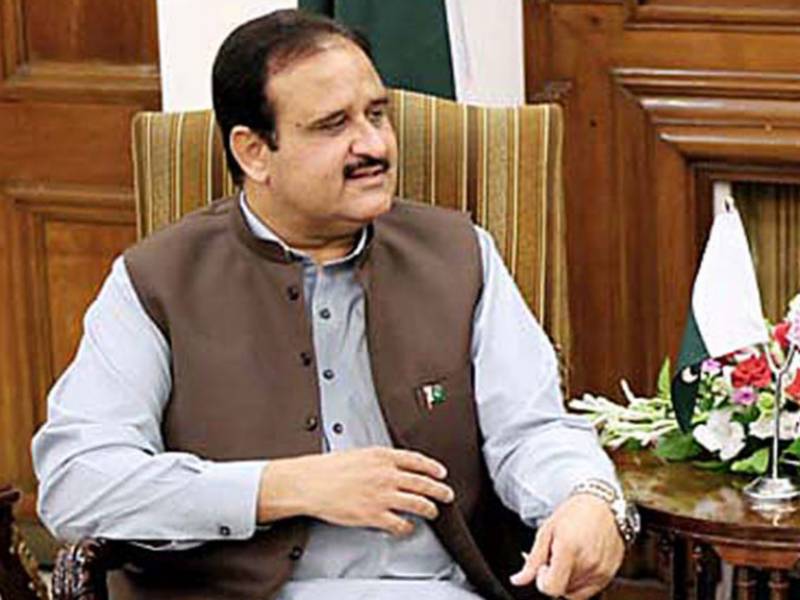 LAHORE: The Punjab cabinet rejected the proposal of increasing water charges (abiana) and decided to constitute dispute resolution committees at district level under the police order to help settle disputes at grassroots level.

Punjab Chief Minister Sardar Usman Buzdar presided over the meeting, which was held at the Chief Minister’s Office here on Friday, and accorded approval to 40-point agenda.

It hoped that constitution of such committees will help solve petty disputes. The Alternative Dispute Resolution Bill 2019 was given approval and the meeting also decided to extend the scope of safe city project to big cities of the province. The project would be extended to such cities on case-to-case basis and in accordance with the governmental priorities.

The project of constructing low-cost houses in Chishtian, Lodhran and Renala Khurd under Prime Minister’s Naya Pakistan Housing Programme was also given approval and the housing department would perform its duty of implementing the project after approval of the cabinet.

The meeting gave approval for giving administrative and financial autonomy to the Institute of Public Health Lahore, along with the decision to formulate administrative committee to deal with the matters pertaining to the IPH.

The meeting approved changing of name of Fort Munro Development Authority to Koh-e-Suleman Development Authority Dera Ghazi Khan. It was also decided that the scope of the authority would be extended to tribal area of Koh-e-Suleman tehsil. The establishment of a new post of Border Military Police for the tribal area of Saakar in D G Khan approved.

The cabinet decided to nominate provincial minister for energy as the chairman of cabinet committee for energy and additional chief secretary (energy) as its member.

The meeting approved the draft of a memorandum of understanding (MoU) for the launch of NFC centres and awareness activities for the project of eradication of child labour by strengthening government institutions and community.

Meanwhile, an approval was given to transfer land to the NHA for construction of Lahore Eastern Bypass Project.

The cabinet also gave approval to Pakistan Kidney and Liver Institute and Research Centre Act 2019, Provincial Motor Vehicles (Amendment) Bill 2018 for traffic management reforms and Punjab Red Zones (Establishment & Security) Bill 2018, while the draft of the agreement between the Punjab government and the UET Lahore was approved as well for setting up AC testing lab at the Kala Shah Kaku Campus of the University of Engineering Technology Lahore.

Approval was accorded to the specified criterion for search committee and its process of constitution along with matters pertaining to experience, competence, qualification for vice chancellor posts of general education and women universities.

Similarly, approval was given to the qualification, experience and competence for the post of vice chancellors of specialised universities, constitution of search committee and procedure of its working.

The matters pertaining to 720-megawatt Karot Hydropower Project and merger of Water Management Wing Supervisor (BS-11) of Agriculture Department as Sub Engineer (BS-11) in C&W Department under the directions of Supreme Court were also approved by the meeting.

Similarly, the draft bill of the Punjab Minimum Wages Act 2018, proposed amendments to Provincial Employees Social Security Ordinance 1965 and the MoU between Human Rights and Minorities Affairs Department and Christian Care Foundation Lahore were given approval. Along with it, nomination of members of board of directors of Parks and Horticulture Authorities of Lahore, Multan, Sargodha and Gujranwala were approved by the cabinet as well.

The nomination of public representatives as members and vice chairman of governing body of Faisalabad Development Authority under Development of Cities Act 1976 were also approved.

On the occasion, amendment to Petroleum (Exploration and Production) Policy 2012 and matters pertaining to training of technical and management staff of the provincial government under Petroleum Policy 2018 were given approval as well.

Addressing the meeting, the CM said that farmers’ interests would be protected at every cost and their rights would not be compromised. The PTI government is a genuine guardian of the rights of the farmers.

He said that development of the Punjab province is our main objective and public interest is maintained in every decision. Despite financial constraints, we do not want to transfer any burden to the people, he said.

He said that political and public related services of Abdul Aleem Khan were praiseworthy and his performance as the Senior Minister remained brilliant.

Abdul Aleem Khan has resigned from the ministry by showing high moral norms and it is hoped that he will get justice. The PTI government fully believes in the supremacy of law, he added.

The cabinet meeting also endorsed the decisions made in the previous meeting.