PM not to make any deal, NRO with any corrupt element: Sheikh Rashid
8 Feb, 2019 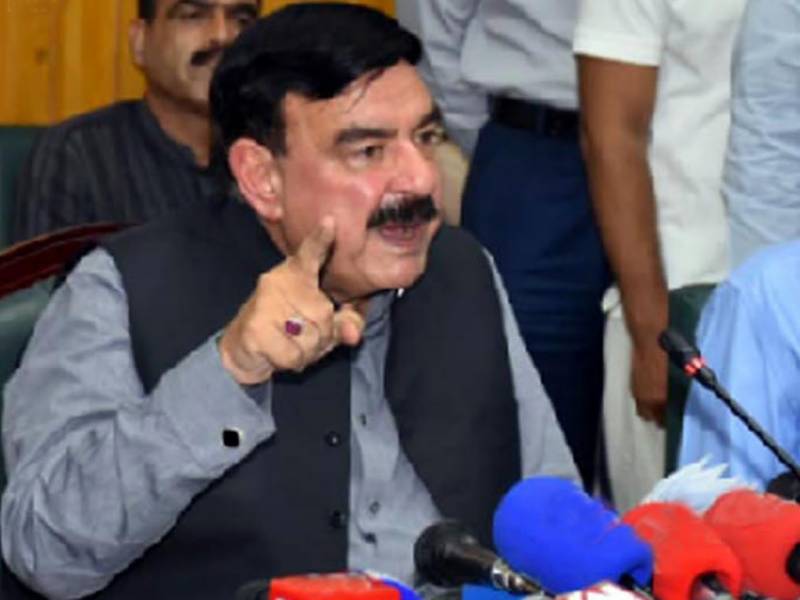 The people had used their right of vote in favour of Pakistan Tehreek e Insaf (PTI), for eliminating the corruption from the country, he stated while talking to a private news channel program.

Commenting on Shahbaz Sharif and Nawaz Sharif, he said both the leaders of Pakistan Muslim League Nawaz (PML-N), had involved in corruption cases, adding that Shahbaz Sharif wanted NRO and it was impossible to provide any leverage to the Opposition leader.

He observed that PM would not compromise on the matter of NRO.

He added that in Pakistan, the medical treatment of Nawaz Sharif was available.

Expressing fear, Sheikh Rashid said if both the leaders get success in fleeing the country then it would be difficult to bring the looted money back.

The minister said that people had given votes to PTI for flushing corruption and to bring the looted money back to this country.

As far as the matter of chairmanship of public accounts committee (PAC), was concerned, he said that nomination of Shahbaz Sharif for this slot was not an appropriate decision.

In reply to a question about the system, he said parliamentary system was better in this country. The Railway Minister said the PTI had made struggle for improving the system.

He said that the present government was making further progress in every field, adding that Pakistan Railways was launching new trains in days to come. To another question, he said that by the end of next month or April, the people would see the change.