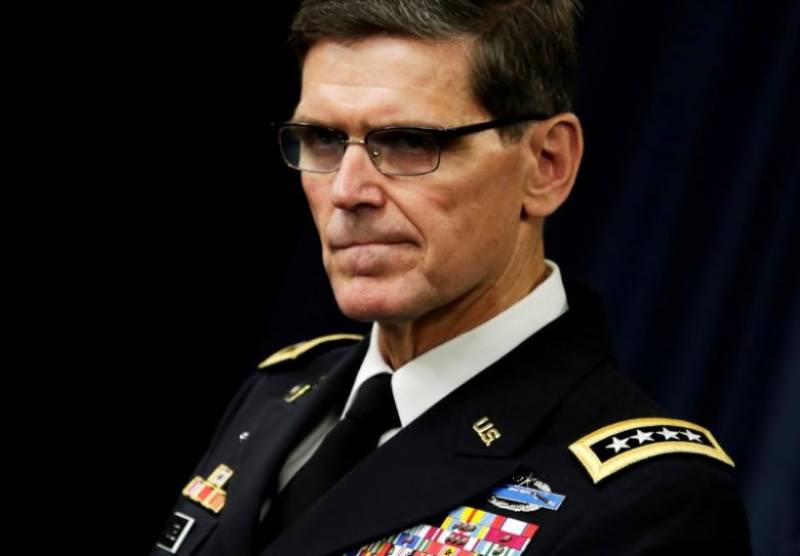 WASHINGTON - Commander of US Central Command General Joseph Votel, while testifying before the Senate Armed Services Committee, said “as a state possessing nuclear weapons that sits at the nexus of Russian, Chinese, Indian, Iranian, and US geopolitical interests, Pakistan will always retain its importance to the US”.

Votel added that any agreement for resolving the now 17-year-old conflict in landlocked Afghanistan would ensure Pakistan’s ‘equities’.

In light of recent efforts between Pakistan, the US, and Afghanistan to hold talks with the Taliban, the top US military official commended Pakistan’s efforts and cooperation with the State Department’s Special Representative for Afghanistan Reconciliation Zalmay Khalilzad. [image: Afghan National Army (ANA) prepare for an operation against insurgents in Khogyani district of Nangarhar province. Photo: File/Reuters]

“If Pakistan plays a positive role in achieving a settlement to the conflict in Afghanistan, the US will have opportunity and motive to help Pakistan fulfill that role, as peace in the region is the most important mutual priority for the U.S. and Pakistan”.

The CENTCOM chief also identified Afghanistan’s uncertain political situation as the greatest risk to stability in the region and said the US looks to Pakistan among others to play a constructive role in achieving peace in Afghanistan and the greater South Asian region.

“Our posture with Pakistan involves supporting our colleagues at the Department of State as they pursue a diplomatic solution with Islamabad to end the conflict in Afghanistan while ensuring that Pakistan’s equities are acknowledged and addressed in any future agreement.”