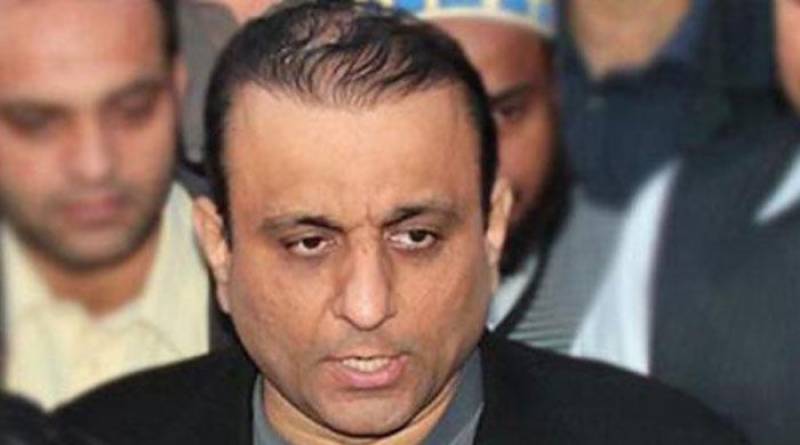 ISLAMABAD: The National Accountability Bureau (NAB) outrightly rejected the baseless and fabricated impression created by a section of media that former Punjab senior minister Aleem Khan had been arrested due to the indignation of chairman NAB.

Aleem Khan's arrest was prima facie on merit, in accordance with law, a NAB spokesman said in a statement issued here. He was apprehended after completing all the legal requirements, he added.

The chairman NAB did not believe in taking revenge. NAB only believed in performing duties in line with the Constitution and law of the land.

Aleem Khan was presented before the relevant accountability court, which awarded remand after hearing arguments of the counsels of Aleem Khan and NAB.

It merits mentioning here that the NAB chairman had spent his whole life in accordance with law. Immediately after assuming charge of the coveted post , Justice Javed was striving hard to nab the corrupt elements and compel them to stand in the dock. The chairman himself had the record of never ever influencing any inquiry, investigation or allowing any person to influence inquiries, investigations being conducted against the corrupt elements.

The chairman never met Aleem Khan during his entire life and he was not angry with Aleem owing to any letter.

The spokesman expressed hope that Aleem Khan would spend his energies on clearing allegations against him.