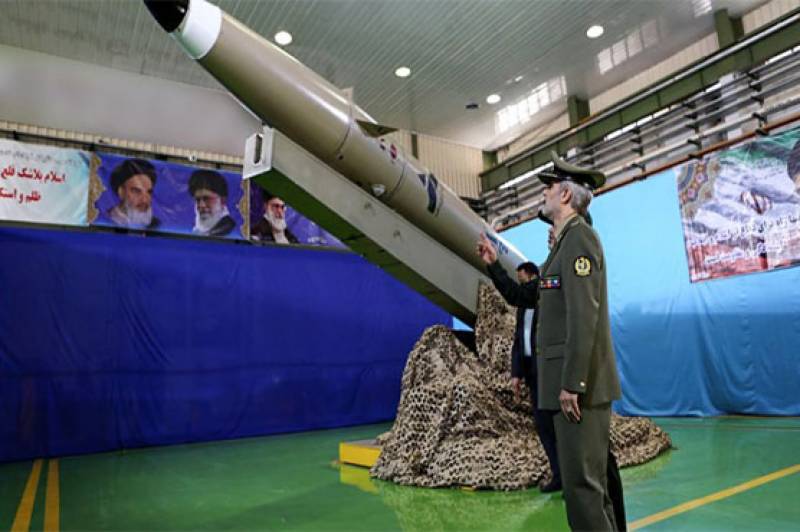 The move was the latest show of military might by the country as it celebrates the 40th anniversary of the Islamic Revolution at a time of heightened tensions with the United States.

The surface-to-surface missile -- called Dezful -- is an upgrade on the older Zolfaghar model that had a range of 700 kilometres (435 miles), aerospace commander Brigadier General Amirali Hajizadeh said.

The new weapon was revealed after Iran on Saturday said it had successfully tested a new cruise missile named Hoveizeh with a range of 1,350 kilometre.

The facility's location was not specified and pictures published by Sepah News showed only the two commanders in a room examining the missile.

"Displaying this missile production facility deep underground is an answer to Westerners ... who think they can stop us from reaching our goals through sanctions and threats," Jafari was reported as saying.

"Europeans talk of limiting our defensive capability while they have the audacity (to allow) their offensive power be used to attack innocent people all over the world," he added.

Hajizadeh said the new missile had a "destructive power" twice that of the Zolfaghar version, which Iran used for the first time in October to strike a jihadist base in Syria.

Iran has voluntarily limited the range of its missiles to 2,000 kilometres (1,250 miles), but that is still enough to hit its arch-enemy Israel and US bases in the Middle East.

Tehran reined in most of its nuclear programme under a landmark 2015 deal with major powers but has kept up development of its ballistic missile technology.

President Donald Trump pulled the US out of the nuclear accord in May and reimposed sanctions on Iran, citing the missile programme among its reasons.

Iran and the other signatories have stuck by the 2015 agreement, although some European governments have demanded an addition to address Tehran's ballistic missile programme and its intervention in regional conflicts.

UN Security Council Resolution 2231 -- adopted just after the nuclear deal -- calls on Iran "not to undertake any activity related to ballistic missiles designed to be capable of delivering nuclear weapons".

Tehran insists that its missile development programme is "purely defensive" and compliant with the resolution.