Govt to carry out external audit of gas bills of last months
8 Feb, 2019 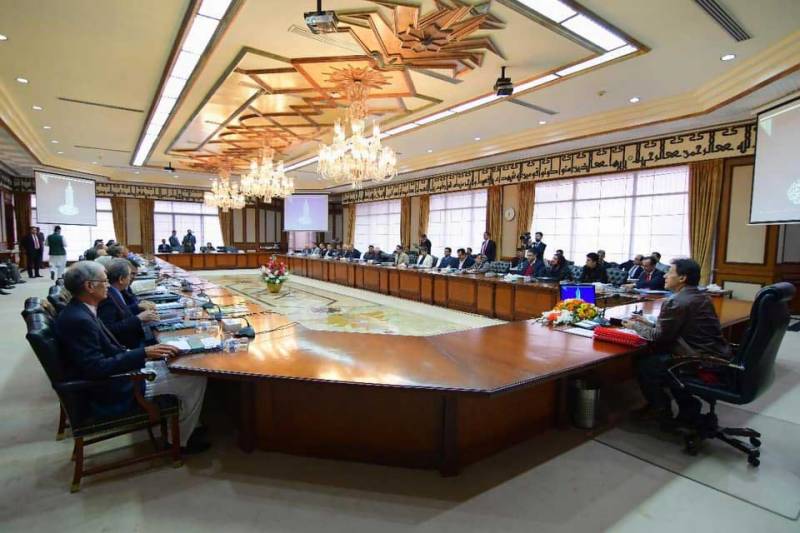 Federal Cabinet has decided to constitute a committee headed by Defence Minister Pervez Khattak to develop a proper system for stabilization of prices of essential commodities.

The meeting was chaired by Prime Minister Imran Khan in Islamabad on Thursday.

Briefing the media persons about the decisions taken by the cabinet, Information Minister Fawad Chaudhary said a mobile application will also be developed which will provide an opportunity to the consumers to check the prices of essential commodities in the country in order to discourage overcharging.

The federal cabinet also decided to carry out external audit of the gas bills of last two months.

The federal cabinet has also decided to revise the slab system for gas prices. He pointed out that we are importing an expensive gas and providing it to the consumers on subsidized rates.  He said we raised the gas prices keeping in view that it does not affect the seventy percent population of the country.

Fawad Chaudhary said the Ministry of Law will prepare a short list of departments where holders of dual nationalities will not be appointed. He however stressed that the overseas Pakistanis are an asset and contributing to the economy by sending remittances worth billions of dollars. He said the government will encourage the overseas Pakistanis to come to Pakistan and serve the country and its masses.

The Information Minister said a committee headed by Punjab Governor Chaudhary Muhammad Sarwar has been constituted to oversee the development of infrastructure related to Kartarpur corridor.  He said the Sikh community across the world are expressing great interest to make investments in Kartarpur corridor related projects such as construction of hotels and other facilities.  He said we want to streamline the whole process and the Governor Punjab will look into it.

Prime Minister Imran Khan also gave directions to get vacated the government residences and hostels vacated from the occupants which are not entitled to it.  He regretted that PPP leader Mian Raza Rabbani and PML (N) leader Mushahid Ullah Khan are illegally occupying the Ministers enclave.

Fawad Chaudhary said the cabinet also expressed concerns over the conduct of Public Accounts Committee Chairman Shahbaz Sharif.  The cabinet noted with concerns that the PAC chairman is trying to save certain elected representatives involved in billions of rupees corruption from NAB investigations. He said the PAC chairman should resign from his seat on moral grounds.

The Prime Minister also sought report from the Capital Development Authority as to what steps has been taken to make buildings in the federal capital such as hospitals, schools and commercial buildings accessible to the handicapped persons.

The cabinet was informed that the ministry of human rights is bringing a law for protection of rights of senior citizens.  He said we plan to bring a full-fledged program to extend all possible facilities to the senior citizens.

Referring to the recently launched Sehat card scheme, Fawad Chaudhary said that in the next phase these cards will also be given to the artists and the journalists. He said the salaried class will also be included in the scheme.

Fawad Chaudhary said that the world capitals including the European countries are changing their travel advisories towards Pakistan. He expressed the confidence that this will help promote tourism in the country.

Responding to a question, the Information Minister said NAB should work effectively and transparently and we want to make it more powerful and strengthen it.

Fawad Chaudhary said the issue of Aleem Khan was not discussed during today's Cabinet meeting. He rejected any deal with the PML-N. He said all the three important institutions including judiciary, Army and Government are working independently with a remarkable relationship, which will also continue in future.