Economy Facts: This is how Pakistan economy was ruined in last five years
8 Feb, 2019 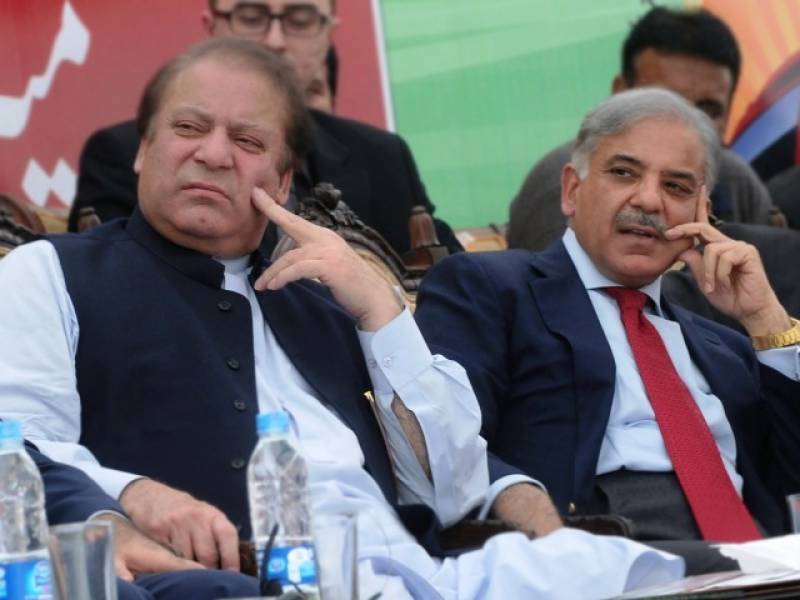 ISLAMABAD - Minister of State for Revenue Hammad Azhar Thursday said the recent downward revision of Pakistan's credit rating from B to B- by Standard and Poor's (S&P) was based on the period mostly covered by the previous government of Pakistan Muslim League (N). Giving reaction over PML-N leaders' statement during a press conference here, the Minister of State said that the opposition leaders were trying to hoodwink people by presenting misleading facts about the country's economy.

"We have set the economy on right track as the country's economy is getting improved with the passage of time and we would continue exposing those who are misleading the people by presenting wrong facts and figures," he added. He hoped that the present government's efforts would be reflected in better credit ratings by various international agencies in future. Hammad Azhar said in June 2018, Moody's had downgraded the Pakistan's credit rating from B to B- whereas in January 2018, another credit rating agency Fitch downgraded the country's credit rating also. Presenting comparison of PML-N government's five years' performance, Hammad said the current account deficit sharply increased from $2.5 billion per anum in 2013 to $19 billion in 2018, whereas trade deficit also surged to $30 billion in 2018 from $15 billion in 2013 when the PML-N government took the charge. With respect to PML-N leaders' claim of increasing allocation in Public Sector Development Programme (PSDP) to as high as Rs 1000 billion in 2017-18, he said by the end of that year, the government released only Rs 601 billion out of total allocated fund of Rs 1000 billion. He said although due to government's long term strategy, the devaluation of the country's currency caused some inflationary pressure, but during first six months of current government, the country witnessed a slight increase of 1.4 percent of inflation. The circular debt, he said increased manifold from Rs 80 billion in 2013 to over Rs 1000 billion by the end of previous government's tenure. Similarly, he said total deficit of the state owned enterprises including Railways, Pakistan International Airlines, and Pakistan Steel Mills increased from Rs 190 billion to over Rs 453 billion during five years' term of PML-N government. The minister maintained that after six months of present government, the macroeconomic indicators were showing positive trends as the imports which were growing at the rate of 15 percent per month during previous government's tenure were now showing negative growth, whereas exports were also showing significant improvement. He said the previous government had performed worst specially in its last year and it created a big challenge for the upcoming government. However, he said that due to personal efforts of Prime Minister Imran Khan, the friendly countries had supported Pakistan to that extent and for the first time, the country received such a huge money without the support of International Monetary Fund (IMF). Replying to a question, Hammad Azhar said that the government was in contact with the IMF, however it was not in a haste to get the programme urgently. "Whenever we will see that we need the money and the conditionalities of the IMF were also quite favorable for Pakistan, we will go for the programme," he added. To another question, the minister said that despite challenges, the Federal Board of Revenue (FBR) would get closer to the revenue collection target of Rs 4398 billion. He said during current year, the FBR was facing a littel shortfall due to the fact that taxes on petroleum products were reduced whereas the telecommunication tax was also not being collected which impacted Rs 100 billion. He hoped that the telecom tax would be restored soon with a different formula.