US takes side on Canada - Saudi Arabia row and Kingdom may not be happy with its close ally
8 Aug, 2018 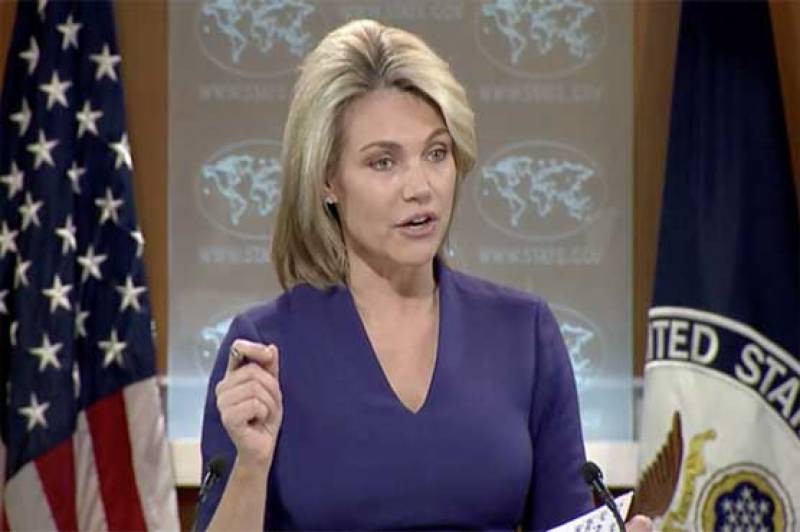 WASHINGTON - The sharp diplomatic row between Saudi Arabia and Canada has left Washington -- partners and allies of both -- in a bind, but the State Department on Tuesday nevertheless urged Riyadh to respect due process for detained activists.

Saudi Arabia has expelled Canada s ambassador, recalled its own envoy and cut off trade ties with Ottawa after the US neighbor denounced a crackdown on rights activists in the kingdom.

"Both sides need to diplomatically resolve this together. We can t do it for them," said State Department spokeswoman Heather Nauert.

The United States "raised" the case with Riyadh, she said, adding: "The United States has respect for internationally recognized freedoms and also individual liberties. That certainly has not changed."

Saudi Arabia notably was angry with Canada for demanding that Riyadh "immediately release" some of the detained activists.

It has suspended scholarships for Saudi students in Canada and plans to relocate them to other countries, and the state airline Saudia is suspending flights to Toronto.

"Some of these issues we choose to discuss privately with our friends, with our partners, with our allies," Nauert said.

"I can tell you however we have raised these issues and I ll leave it at that."

Earlier, another State Department spokeswoman told AFP on condition of anonymity that Washington had asked Riyadh for more information about the cases of several detained activists.

"We continue to encourage the government of Saudi Arabia to ensure all are afforded due process and to provide information on the charges and case status of legal actions against activists," she said. - APP/AFP