Rashida Tlaib becomes the first ever Muslim woman elected to US Congress
8 Aug, 2018 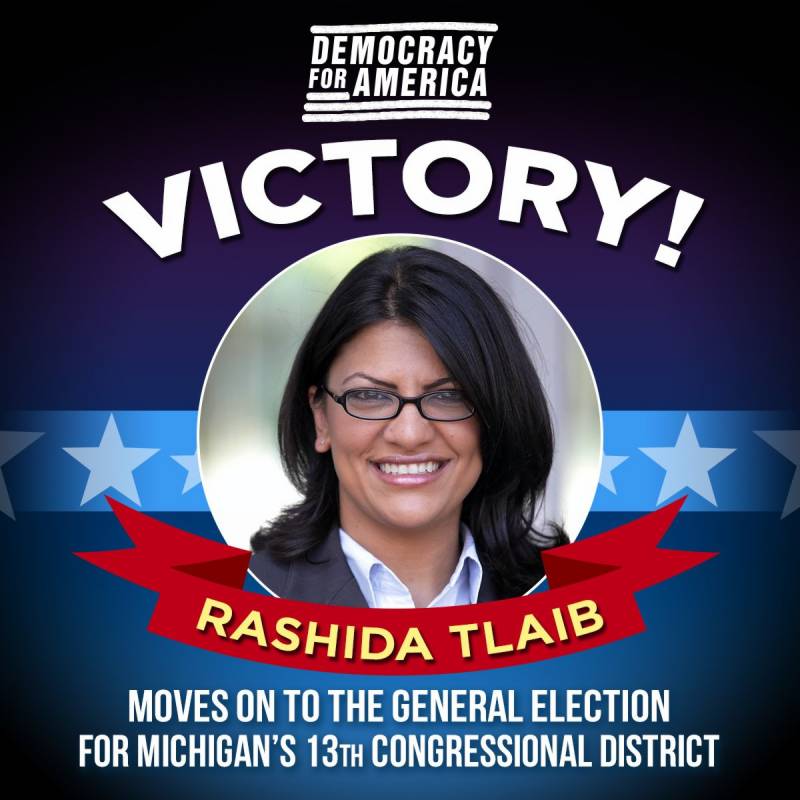 LONDON:Former Michigan legislator Rashida Tlaib on Wednesday won the Democratic nomination to run unopposed for a House seat, setting her up to become the first Muslim woman elected to Congress.

According to *The Guardian*, no Republicans or third-party candidates ran in district 13 primary race, which means that Tlaib is set to win the seat in November’s election.

She would take the spot held since 1965 by John Conyers, who stepped down in December citing health reasons amid charges of sexual harassment.

Tlaib, who is of Palestinian descent, has previously said that her decision to run was prompted by increasing attacks against American-Muslims and immigrants since US President Donald Trump was elected to office.

“I didn’t run because my election would be historic,” Tlaib said, adding, “I ran because of injustices and because of my boys, who are questioning their [Muslim] identity and whether they belong. I’ve never been one to stand on the sidelines.”

She went on to say: “When you see a Palestinian person with your name and faith succeed, it shows [the government] can ban us from coming into the country, but not from getting elected. Showing people it can be done would be a victory to my family”.

Tlaib’s win means she will be the third Muslim to serve in the US House of Representatives this year, alongside Democratic Represenatives Keith Ellison of Minnesota and Andre Carson of Indiana.

A special primary race to serve the last two months of Conyers’ term is still too close to call. Tlaib and Detroit City Council president Brenda Jones are neck and neck.

The winner of that race will also run unopposed in November’s election.