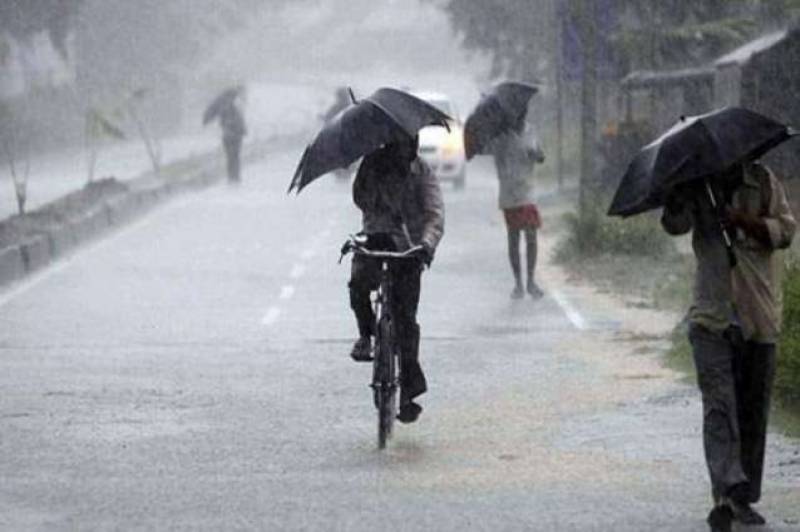 ISLAMABAD: Met office has predicted wet spell likely on Eid-ul-Azha, turning the weather pleasant on the joyous occasion usually called Eid-a-Qurban while the current rain spell will expected to continue till August 15.

Spokesman Met office Dr. Khalid M. Malik said "the intensity of current rain spell will move towards Sargodha and Faisalabad on Wednesday which will continue till night, but rains would continue till August 15 with on and off intervals".

He informed that more showers are expected in Khabper Pakhtunkhwa, including Hazara, Mardan, Bannu, Peshawar, Kohat, D.I Khan, while also in Sahiwal, Dera Ghazi Khan, in Punjab and Zhob division in Balochistan besides Sukkur, Mir Pur Khan and few other places in Sindh during next 24 hours.

He further informed that so far the monsoon rains recorded below normal as on average 81.7 mm was expected but till now the recorded downpour was 60.3 mm which shows -26 mm below normal rains.

Giving details, he informed that in Khabper Pakhtunkhwa rains recorded as per normal whereas in Punjab, -3 percent rainfall recorded, in Sindh -91 percent, Balochistan -53 percent, and -11 percnet in Gilgit-Baltistan and -5 percent in Kashmir.