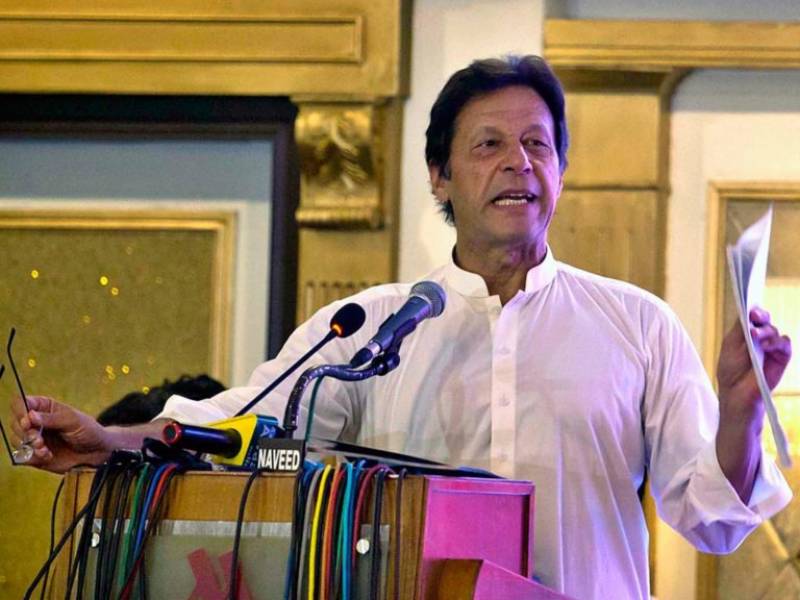 ISLAMABAD: Chairman Pakistan Tehreek-e-Insaf (PTI) Imran Khan on Wednesday said PTI wanted to build relationship with United States based on trust and mutual respect and hence their government would engage with US to make this relationship more balanced and trustworthy.

“We count trade and economic relations with the United States extremely important”, he said.

Imran Khan was talking to a delegation led by US Acting Ambassador to Pakistan John F. Hoover that called on him here at Banigala and felicitated him over his party’s win in general elections 2018.

According to a press release issued by party’s Central Media Department, issues of mutual interest including Pak-US relations, bilateral trade, and stability in Afghanistan came under discussion.

The chairman PTI thanked US diplomatic delegation and said Pakistan and United State had witnessed many ups and downs in their relationship which were the outcome of trust deficit between the two countries.

He also emphasized on revitalization of diplomatic ties between the two countries and stressed upon the need to transform it for the benefit of both Pakistan and United States.

Shedding light upon the significance of stability in Afghanistan, the chairman PTI emphasized on political solution of the looming crisis in Afghanistan.

“I am glad that people in United States have ultimately started acknowledging significance of political solution as conflict and use of force can add to the damages instead of breeding a sustainable solution to the crisis,” he added.

Stability in Afghanistan, the chairman PTI said, was in the larger interest of Pakistan, America and the region and hence should be earned through viable political engagements. - APP