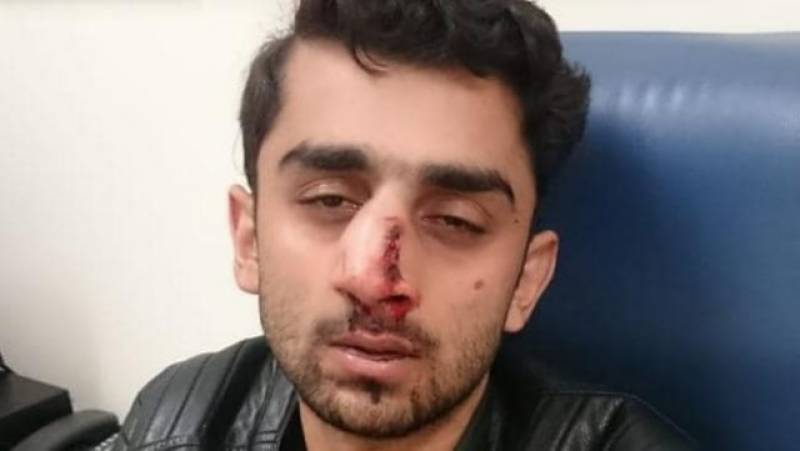 A Pakistani student at the University of Newcastle was left with a broken nose after a group of six or seven people attacked him in the premises of the university’s Callaghan campus, Newcastle Herald reported.

Abdullah Qaiser, who had come to Australia in what he expected to be a ‘secure environment’, was attacked on Saturday evening while going to the library to finish an assignment with a friend.

Qaiser said that he was going Auchmuty Library, when he saw a group of people blocking the road.

As he stopped his vehicle, a woman tried to reach through the passenger door trying to grab his mobile phone while a man pulled open his side of the door. “Go back to your f***ing country, you don’t belong here,” the man shouted as he punched Qaiser with a knuckle duster.

Qaiser said he blacked out briefly after the attack. He then drove to the university gym where staff gave him first aid and informed the police.

“I panicked. I didn’t know what to do. The blood was flowing out of my nose,” he told a local news website.

He said that when he saw the group blocking the road, he thought that they might be students. “I was just thinking they were students just making fun.”

“I came over here because I believed it was pretty secure,” Qaiser told the Newcastle Herald on Monday. “People come here to get a better education, to be a bit secure. So when this kind of thing happens, it’s pretty sad,” he added.

A University of Newcastle spokesperson said the institution was helping with police inquiries into Saturday night’s attack.

“We promote a culture of respect and tolerance and our priority is making sure the student is OK and is supported while the police conduct their investigation,” the spokesperson said.

The university said that they are increasing patrols and invest in security infrastructure such as CCTV and emergency help points to ensure student safety.