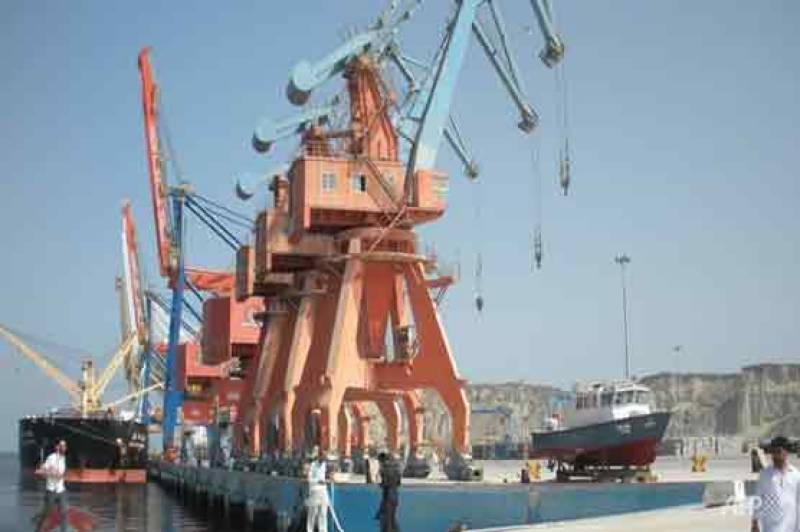 ISLAMABAD – Pakistan Wednesday defended its economic partnership with China, amid fears that the terms of opaque multi-billion dollar investments by Beijing could be exacerbating Islamabad s economic woes as it considers a fresh IMF bailout.

"We have noted recent media reports questioning the viability of China Pakistan Economic Corridor (CPEC), claiming that it would create an unbearable debt burden for Pakistan," the government said in a statement issued to the media.

"Such media reports are often one-sided, distort facts, and are based on irresponsible statements by individuals who either have no understanding of CPEC or are driven by ulterior motives," the statement continued.

CPEC is an ambitious plan by Beijing to build infrastructure in Pakistan, mainly energy and transport, connecting the western Chinese region of Xinjiang with the Arabian Sea.

It is part of China s massive "Belt and Road" initiative seeking to revive ancient trade routes through a massive rail and maritime network via $1 trillion in investments across Asia and Europe.

But the opaqueness of the CPEC terms has led to concerns as Pakistan faces a looming balance-of-payments crisis, with analysts saying it will need to take urgent action, potentially seeking a bailout from the International Monetary Fund (IMF).

"It is because of the favourable financing arrangements that Pakistan opted for Chinese investment under CPEC," said the statement, issued under the caretaker administration currently running the country pending the formation of a new coalition government by election winner Imran Khan.

"China stepped forward to support Pakistan s development at a time when foreign investment had dried up, and economic activity was being crippled by energy shortages and infrastructure gaps," it said, calling CPEC a "win-win".

Chinese energy companies have "raised funds from Chinese banks and investors", and these do not constitute any debt obligation on Pakistan, the statement said.

"CPEC projects are financed through a composite financing package comprising long-term government-to-government concessional and preferential loans, as well as grants from the government of China. Repayments on these loans would not commence in the immediate future," it added.

The details come after US Secretary of State Mike Pompeo voiced concerns in July over any IMF bailout being used to repay Islamabad s debts to China, with whom Washington is engaged in a trade war.

On Tuesday Pakistan s likely future finance minister Asad Umar announced that the decision on a possible IMF loan would be taken by "the end of September".

"There is a general perception that we have picked up very expensive loans from the Chinese. I personally don t think so," he told reporters in Islamabad.

"They are like most commercial loans," he said, denouncing the "lack of transparency" by the previous government on the subject.

China s financial largesse, in the form of the Belt and Road project, has raised concerns over the vulnerability of poorer nations to such massive debt.

Last year Sri Lanka was forced to hand over majority control of its Hambantota port to China after being unable to repay its loans. - APP/AFP