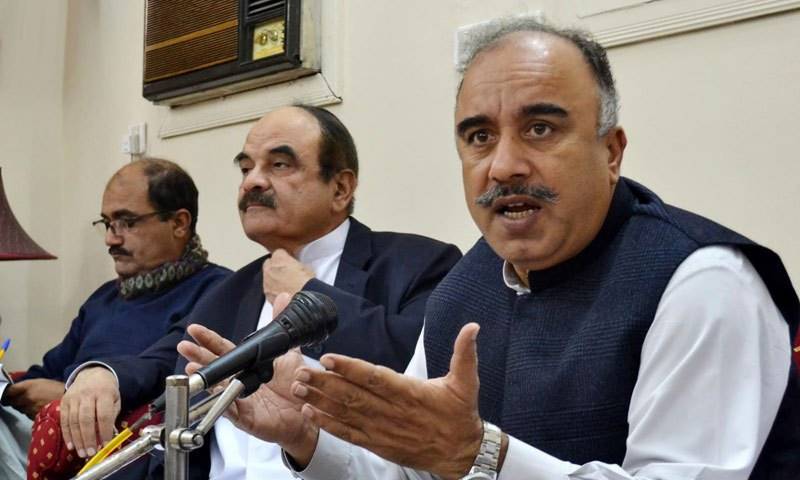 PESHAWAR: Provincial leader of PTI and former provincial information minister Shah Farman has said that the PTI would bring back the looted money to the country after formation government in the center.

Talking to media here at a local hotel the PTI leader said that in the new Pakistan there would be no room for the corrupt practices and elements involved in corruption.

To a question he said that there was no rift in PTI KP over the nomination of Chief Minister saying the party would accept the name for the CM slot to be decided by the party chief Imran Khan.

departments and provision of relief to the masses.