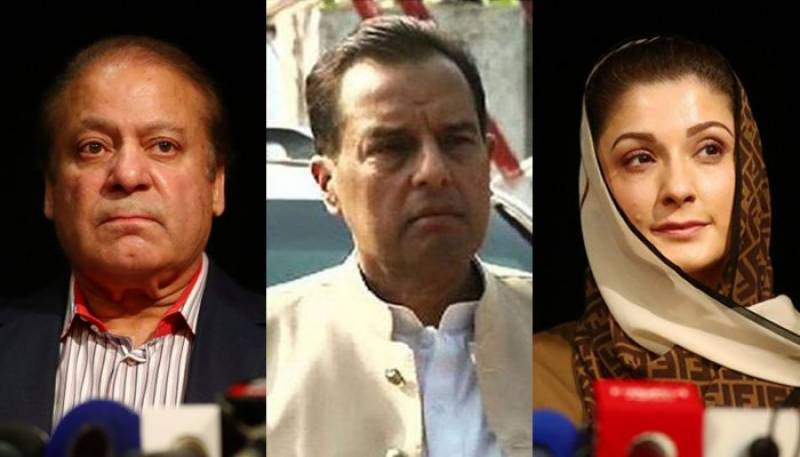 LAHORE: Lahore High Court’s Justice Shams Mehmood Mirza has recused himself from hearing a petition against the Sharif family’s conviction in the Avenfield properties corruption reference.

The judge, who headed a three-member bench constituted on August 4 to hear senior lawyer A.K. Dogar’s plea seeking annulment of the punishment given to the Sharifs in the Avenfield reference, recused himself citing personal reasons.

Following the breakup of the bench formed to hear the petition, Justice Mirza has referred the matter to LHC chief justice.

Justice Sajid Mehmood Sethi and Justice Mujahid Mustaqeem made up the rest of the bench.

Former prime minister Nawaz Sharif was sentenced under this ‘dead law’ which is illegal, Dogar argued in the petition, and requested to nullify the sentences of Nawaz, his daughter Maryam and son-in-law Captain (retd) Safdar.

On July 6, an accountability court had sentenced Nawaz Sharif to a total of 11 years in prison and imposed a £8 million fine (Rs1.3 billion) on him in the Avenfield corruption reference. His daughter Maryam was sentenced to eight years in prison with a £2 million fine (Rs335 million), while her husband Capt (retd) Safdar was given a one-year sentence without any fine.