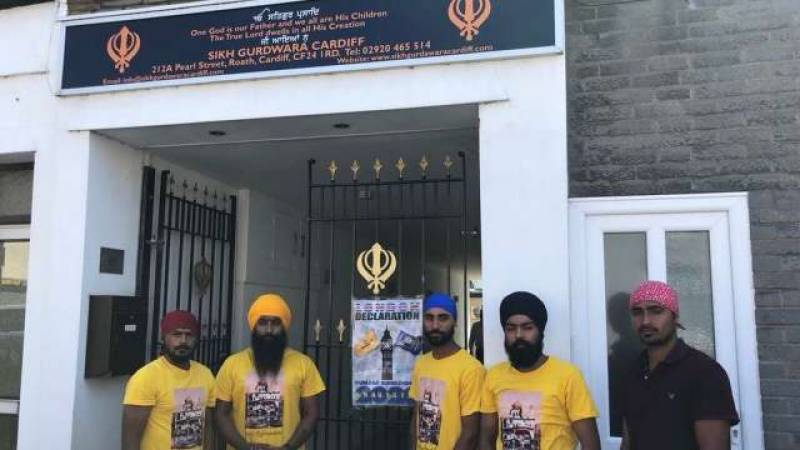 NEW DELHI - According to Times of India, Lt Colonel Shahid Mehmood Malhi, from ISI is the Pakistani Army brain behind Referendum 2020, a movement in Canada and European countries to reopen the Khalistani demand, which has unnerved India domestically and globally.

The Khalistan demand has rose European countries and North America. While the Trudeau government has often been accused of being soft on Khalistanis, in UK has been supported by the left-wing Green Party.

The Sikhs for Justice are planning an event in London called Referendum 2020 and it’s learnt that ISI Colonel might be the brains behind the movement who was heading ISI’s Lahore detachment.

He was commissioned into the 25thBattalion of the Baloch Regiment and became a Lt Colonel on August 10, 2012.

He was part of UN mission in Kosovo. It’s learnt that the movement is being called Operation Express and will be launched on 6 June 2020, the 36th anniversary of Operation Bluestar.

Kashmiri separatists in London are supporting the pro-Khalistani Sikhs for their Referendum 2020.

‘On August 12, we will unveil the case for Sikhs right to self-determination as guaranteed in UN Charter and International Covenant on Civil and Political Rights’, said Gurpatwant Singh Pannun, legal advisor of Sikhs for Justice. On the same day at Trafalgar Square, a large number of Indians living in UK will gather to celebrate 71th years of India’s Independence.

Britain's left-wing Green Party threw its support behind the pro-Khalistan rally planned at Trafalgar Square in London on Sunday, an event opposed by India.

The co-leader of the political party, which campaigns for environmentally friendly policies, spoke out in favour of the "London Declaration" for a "Referendum 2020 campaign seeking a "sovereign state of Khalistan", being organised by US-based group Sikhs for Justice.

"Sikh people have a right to determine for themselves whether they want to establish an independent Punjabi state, said Caroline Lucas, the party's only elected MP in the House of Commons.

"I stand in solidarity with all those joining the London Declaration, and those fighting discrimination and campaigning for a referendum around the world," she said.

The first open support from a British MP for the controversial rally came as the UK government reiterated its stance on the issue had remained unchanged.

A UK government spokesperson had said in a statement last month: In the UK people have the right to gather together and to demonstrate their views, provided that they do so within the law. India has registered its formal opposition to the event through a demarche when news of the rally emerged in July, with the Ministry of External Affairs (MEA) saying it expected the UK government would not allow any such group whose intention was to spread hatred and impact our bilateral relations to use UK soil for such a rally.

Sikhs for Justice (SFJ) says the rally is intended to raise awareness for a non-binding referendum in 2020, calling for the Sikh-majority state of Punjab to be granted independence.

"It is the success of the British Sikh community, which sent more than 47,000 emails to their MPs urging them to support London Declaration and oppose India's interference, said Paramjeet Singh Pamma, one of the organisers and UK-based Khalistani activist wanted in India over his alleged involvement in bombings in Punjab in 2010 charges he denies.

Scotland Yard said it had not received any complaints regarding the event on Sunday, which will be allowed to go ahead without any restrictions.

There are no restrictions on the event and we have not received any complaints. An appropriate and proportionate policing plan is in place, a Metropolitan Police spokesperson said.