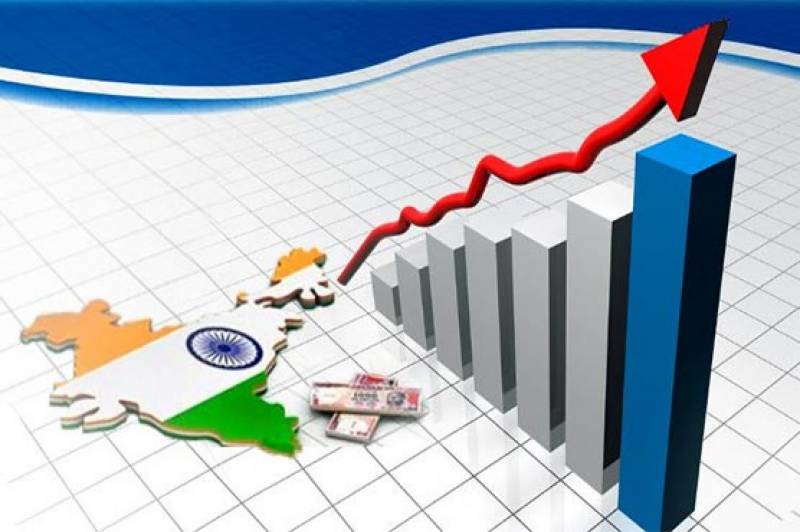 MUMBAI - India will remain one of the world’s fastest-growing major economies in coming years, the International Monetary Fund said Wednesday, in welcome news for Prime Minister Narendra Modi before elections next year.

In a wide-ranging report on Asia’s third-biggest economy, the IMF commended government economic reforms but called for action to contain inflation and increase the number of women in the workforce.

The Washington-based institution forecast GDP growth for the 2018-2019 fiscal year at 7.3 percent, rising to 7.5 percent the following year.

The IMF said India was facing a "broadly positive outlook" thanks to "strengthening investment and robust private consumption" but warned of risks from higher fuel prices and a weakening rupee.

Growth expanded to 7.7 percent for the quarter from January to March, the highest for seven quarters, as the economy started to recover from a rocky start to Modi’s economic initiatives.

Despite teething problems, the IMF commended Modi’s government for introducing a nationwide goods and services tax (GST) in 2017, which replaced a myriad of state and national taxes.

But it added that GST, which sets different value-added taxes for different types of goods, could be improved.

"GST has a complex structure with a relatively high number of rates (and exemptions), which could be simplified," it said.

India’s quarterly growth fell as low as 5.7 percent in mid-2017 as the economy readied for GST and reeled from a shock cash ban in late 2016. The decision to scrap 86 percent of currency notes, known as "demonetisation", in November 2016 dealt a major blow to the economy.

It praised the government for taking measures to tackle crippling debts at India’s public-sector banks and for relaxing rules on foreign direct investment, but said more reforms were still needed.

"India would benefit from further liberalisation of trade and foreign investment," the IMF said.

The IMF said its directors stressed "the importance of modernising labour laws and regulations and other measures to help increase formal employment, particularly the employment of women".

Inflation is on the rise due to high oil prices and a falling rupee.

The country, which is expected to hold a general election in spring 2019, imports nearly 80 percent of its oil and fluctuations in crude oil prices can seriously affect the economy.

The IMF said it projects inflation to rise to 5.2 percent this financial year, well above the target of 4 percent set by India’s central bank and a 17-year-long low of 3.6 during the last fiscal year.

The Reserve Bank of India (RBI) has raised interest rates twice this summer and the IMF said it "will need to gradually tighten policy further, in response to inflation pressures".

The IMF predicted that India’s current account deficit would widen to 2.6 percent. It also warned of instability caused by a trade war between the United States and China.