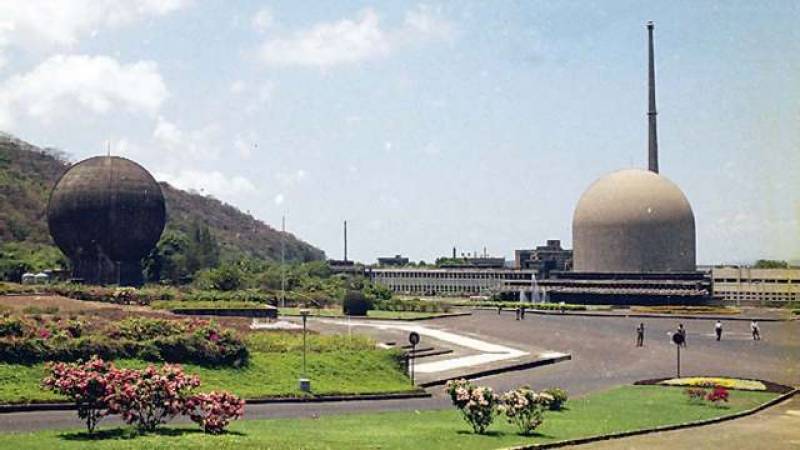 NEW DELHI - India’s space programme would be completing its 55th anniversary this year on November 21, as it was on this day in 1963, when the first Nike-Apache sounding rocket was fired from Thumba in Kerala. Though the day is a landmark in India’s space history and is considered the starting point of India’s space journey, a lot of activities in the area of space research were going on in India for over a decade before 1963.

The scientists who were working in these areas included towering figures like CV Raman, Meghnad Saha, Vikram Sarabhai and Homi Bhabha. All of these people contributed immensely to the growth of research in basic and applied sciences in India.

Back in the late 1940s, after India’s Independence and the decade that followed, institutions were coming up slowly. This included some key institutions like the Department of Atomic Energy (DAE) and the Physical Research Laboratory. Many of the senior scientists associated with the Indian space programme in its early years were working in these institutions.

These institutions are important because the they were pioneering research in the field of atomic energy and hence were behind the shaping up of India’s nuclear programme. Therefore, it can be said that India’s space programme was an upshot of the country’s nuclear programme.

In those times, there was fluidity and non-compartmentalisation of space-related areas and nuclear areas. It can also be seen by looking at the lives of Bhabha (Father of the India’s nuclear programme) and Sarabhai (Father of the India’s space programme), that they both played key roles in shaping India’s atomic and space programmes. These two programmes were interconnected in many ways. The argument that India’s space programme grew out of the country’s atomic programme stands because scientists in the Department of Atomic Energy, scientists working in atomic physics, and institutions working on atomic physics, all three came together to make sure that India’s space journey could truly take off.

It took around a decade for the space programme to become self-sustained and get out of the embrace of the atomic programme, and this occurred when the Department of Space was constituted. The Government of India constituted the Space Commission and established the Department of Space (DOS) in June 1972 and brought ISRO under DOS in September 1972. The fact that compartmentalisation never happened (process was never completed) is good because space and nuclear sciences as disciplines are not entirely separate.

The other linkage between the nuclear and space programme is that institutions in the field of science came up after Independence, the most prominent of them being the Physical Research Laboratory in Ahmedabad set up by Vikram Sarabhai. This is not the only example. Other institutes like the Tata Institute of Fundamental Research, Raman Research Institute etc., too, were focused on areas related to nuclear research, atomic physics as well as atmospheric sciences, which included studies related to cosmic rays and phenomenon like equatorial electrojet, which later contributed to the Indian space programme as well.

This is because the sounding rockets, which led to the birth of the space programme, were fired primarily to study the phenomenon of equatorial electrojet. Equatorial electrojet is a stream of electrons whizzing across the sky, about 110-120 km above the Earth’s surface.

The third linkage between the two programmes was the constitution of the Indian National Committee for Space Research (INCOSPAR) in 1962, under the Nehru government. When the government under Jawaharlal Nehru decided to constitute the

Indian National Committee for Space Research (which was an autonomous body), the noteworthy thing was that this committee got constituted in the Department of Atomic Energy in February 1962. Most of the members of this committee, which included scientists like Sarabhai, MGK Menon, AP Mitra, KR Ramanathan, EV Chitnis, were already big names working in the area of atomic physics in some form or the other. INCOSPAR was a stepping stone towards the genesis of Indian space programme. There is no dearth of linkages between the two programmes.

The iconic image of Dr APJ Abdul Kalam wearing the Army uniform during Pokhran II nuclear tests in 1998 is still very much remembered by people. Although, Dr Kalam was working with DRDO during Pokhran 2, he had a glorious career as a rocket scientist at ISRO behind him. Dr Kalam’s example shows just how much the Indian nuclear programme relies on and owes to its space scientists.

*BY: Martand Jha, The author is a junior research fellow at the School of International Studies, JNU. Views are personal.*