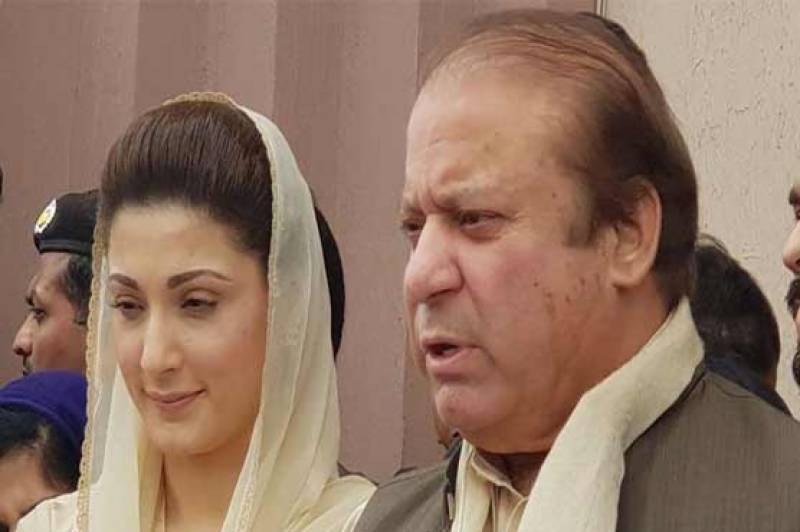 The three-member full bench was dissolved after Justice Shams Mahmood Mirza excused himself from hearing the petitions due to personal reason.

LHC had formed a full bench to hear petition against sentences of Sharif family. The decision was taken on the plea submitted by lawyers foundation for justice’s A.K. Dogar in which, it was stated that National Accountability Bureau’s (NAB) law is no more valid after the implementation of 18th amendment. ------------------------------

It is to be mentioned here that former prime minister Nawaz Sharif, Maryam Nawaz and Captain Safdar were convicted for ten years, seven years and one year respectively, in Avenfield verdict that is likely to further disrupt an already chaotic campaign for national elections this month.

The case stemmed from the Panama Papers leak that disclosed expensive and undeclared property owned by the Sharif family in London.