Few hundred people gather from across Pakistan from all APC parties for protest outside ECP
8 Aug, 2018 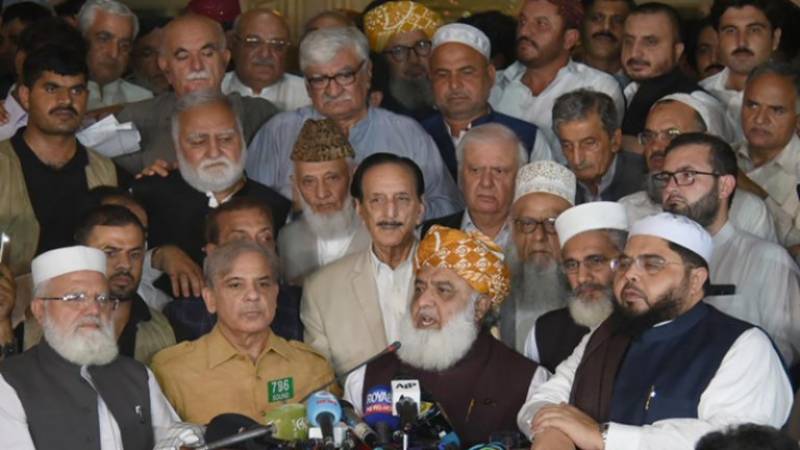 The leadership of all the allied parties join the protest, however the combined strength of the protesters reminded negligible.

According to the sources, all the members of the anti-PTI alliance had planned to gather outside the Parliament House after 12 pm today. The participants werw then scheduled to march up to the ECP office.

While to the media, the PML-N leader Mushahid Hussain Syed had said that they were aimed to protest outside the ECP office against the rigging in recently-held General Election 2018.

Syed also informed that his party was in contact with MMA, Awami National Party (ANP) and Qaumi Watan Party (QWP).

In adding to this, he further stated, “We have also spoken to Pashtunkhwa Milli Awami Party, Hasil Bizenjo and other parties (to join the protest).”

Moreover, PML-N leader claimed that it would be a grand protest against the delay in election results, polls rigging and mismanagement.

On the other hand, the Islamabad police have also devised a security plan in view of the protest. Under the security plan, only members of the Parliament would be allowed to walk up to the ECP office.