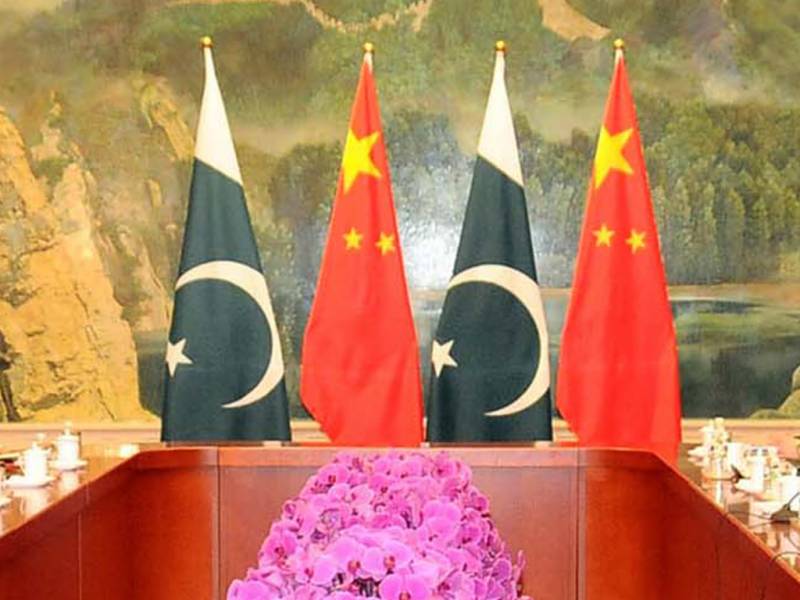 Leading a trade delegation to China, Pakistan China Joint Chamber of Commerce and Industry (PCJCCI) President S.M. Naveed expressed these views in a meeting with Pakistan's Ambassador to China, Masood Khalid and other dignitaries at Embassy of Pakistan in Beijing, according to PCJCCI spokesperson here Tuesday.

He added that PCJCCI was making all possible efforts for promotion of bilateral business between Pakistan and China. He also elaborated about the obstacles faced by the industries of Pakistan due to lack of modern and up-to-date technology which was needed to improve efficieny industrial units.

S.M. Naveed asserted that China now occupies the largest share in Pakistan's total imports, as Pakistan imported 24 percent of electrical equipment and 21 percent of machinery for strategic applications from China, whereas, China was also ranked, as the 2nd largest export destination of Pakistan with a share of 7.7 percent in Pakistan's total exports.

This difference, he opined, acted as catalyst to establish joint ventures for the peace and prosperity of both the nations. He also deeply acknowledged that the hospitality and love given to the PCJCCI delegation on its arrival at Beijing.

While, Pakistan's Ambassador Masood Khalid also applauded the efforts of PCJCCI in promoting economic relations with China and assured of his full support for strengthening economic ties between the two countries in collaboration with Pakistan's vibrant trade bodies like PCJCCI.