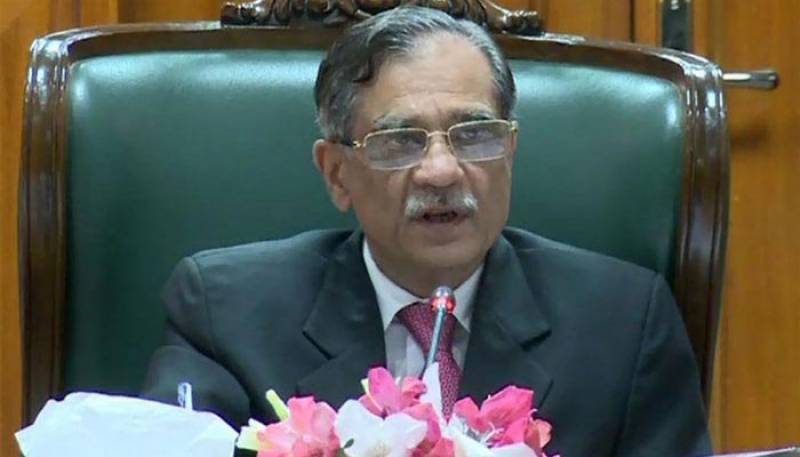 ISLAMABAD: Chief Justice of Pakistan (CJP) Mian Saqib Nisar observed that the Bani Gala encroachment case would be a test case for the upcoming government of Imran Khan.

"Imran Khan is about to form the government and he is likely to take up this matter. He will become an example for the people and this case will be a test for him," the CJP remarked.

The CJP was heading a three-member Supreme Court bench which heard a suo moto notice case, which originated from Imran's petition seeking the apex court's intervention to stem illegal construction and environmental degradation in Bani Gala.

During the course of proceedings, the chief justice expressed his dismay on the performance of Survey Department which could not complete its task of surveying the federal capital.

The court granted 45 days more to the Survey Department on its request for completing the survey.

The hearing was then adjourned till completion of the survey.

It may added that last year, the Capital Development Authority (CDA) had informed the apex court that more than 100 structures in Bani Gala, including the residence of Pakistan Tehreek-e-Insaf chief Imran Khan, were illegal.