Bakhtawar Bhutto supports Reham Khan after she was heckled in London
8 Aug, 2018 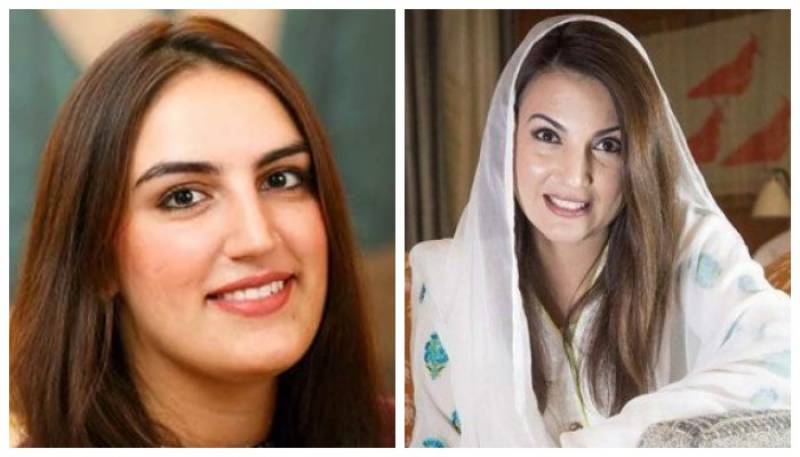 LONDON: Bakhtawar Bhutto Zardari lent support to Reham Khan after she was heckled by an unknown woman during an interview at a park in the United Kingdom.

“All the video did was made me a fan of @RehamKhan1 for being so patient & tolerating troll harassment,” Bakhtawar tweeted.

"The PTI supporter should spend less time harassing another woman & stop leader worshipping someone who has been aggressively against women rights and pro Taliban justice," she added.

Her tweets came after two videos went viral on social media which showed a woman heckling Reham while she gave an interview.

In the first video, the woman can be heard asking Reham personal questions regarding Pakistan Tehreek-e-Insaf chairman Imran Khan and his current wife, Bushra Maneka.

However, Reham remains calm throughout the episode and answers the questions politely.

Meanwhile, the second video captures Reham’s son attempting to defend his mother and the interviewer is seen apologising to Imran's ex-wife.