Anyone trading with Iran to not trade with US: Trump
8 Aug, 2018 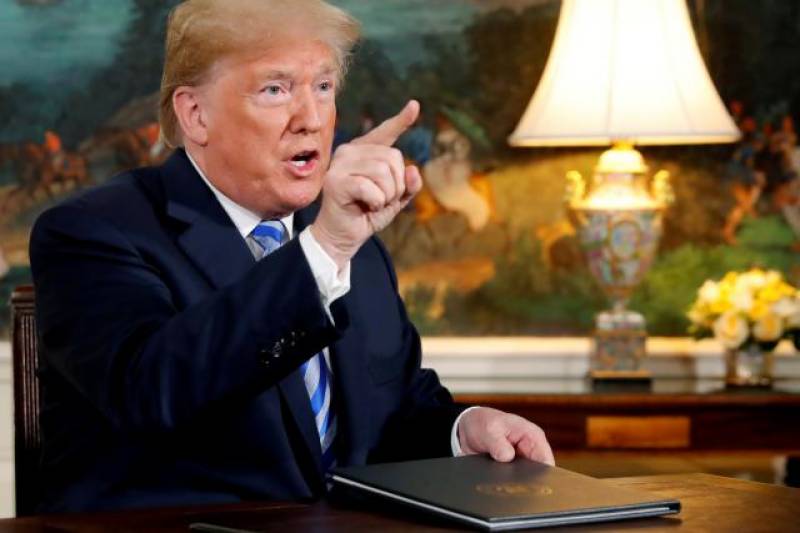 President Donald Trump said the new U.S. sanctions on Iran were “the most biting sanctions ever imposed”.

Talking to News Channel before new sanctions, White House national security adviser John Bolton said Iran’s only chance of escaping sanctions would be to take up an offer to negotiate with Trump for a tougher deal.

However, Iran dismissed a last-minute offer from the Trump administration for talks, saying it could not negotiate while Washington had reneged on a 2015 deal to lift sanctions in return for curbs on Iran’s nuclear program.

Meanwhile, the European countries have promised to try to mitigate the impact of renewed U.S. sanctions to persuade Tehran to continue to abide by the deal’s terms.

On other hand, European companies have pulled out of Iran, arguing that they cannot risk the prospect of damage to their U.S. business.