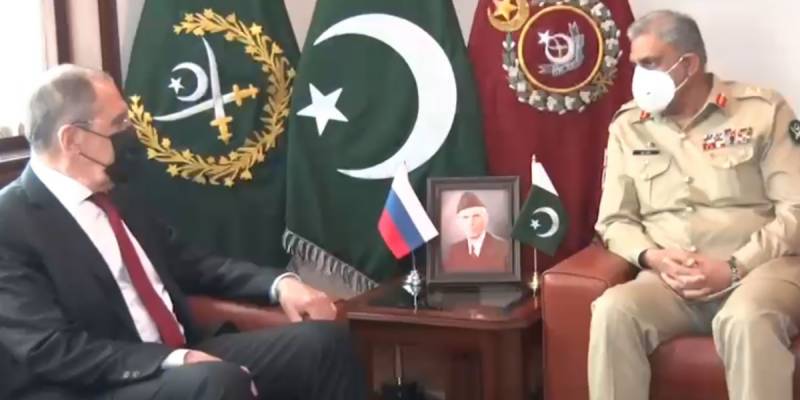 According to the Inter-Service Public Relations (ISPR), during the meeting, matters of mutual interest including enhanced defence and security cooperation, regional security, particularly the Afghan Peace Process were discussed.

The visiting dignitary acknowledged Pakistan’s achievements in the war against terrorism and contributions for regional peace and stability especially Pakistan’s sincere efforts in the Afghan Peace Process.

He expressed that Pak-Russia relations are on a positive trajectory and will continue to develop in multiple domains.

COAS said that Pakistan values its relations with Russia and reciprocates the desire for enhanced bilateral military cooperation.

Pakistan welcomes all initiatives which can bring peace and stability in Afghanistan as the whole region will benefit from it, COAS emphasized.

“We have no hostile designs towards any country and will keep on working towards a cooperative regional framework based on sovereign equality and mutual progress,” COAS concluded. PM Imran expresses satisfaction on growing ties with Russia

Reiterating the importance Pakistan attaches to its relations with Russia as a key foreign policy priority, Prime Minister Imran Khan expressed satisfaction at the at the steady growth in bilateral ties with Moscow.

Pakistan-Russia bilateral relations and issues of regional and global importance were discussed during the meeting. .

The premier recalled his interaction with Russian President Vladimir Putin during the SCO Summit in Bishkek in June 2019, where he had underscored his desire to take the bilateral relationship to a new level.

Enhanced bilateral cooperation in the fields of energy, industrial modernization, railways and aviation was also discussed in the meeting.

It was agreed that the Inter-Governmental Commission (IGC), due to meet in Moscow later this year, would closely pursue specific proposals and projects in this context.