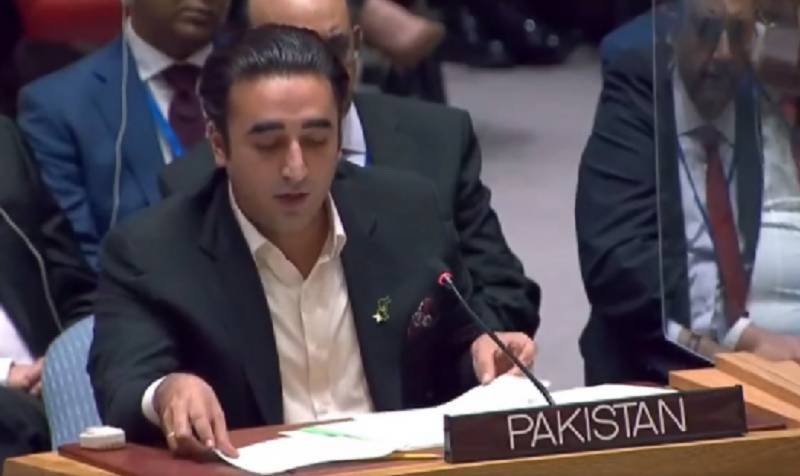 ISLAMABAD – Pakistan believes in the principle of non-interference in the internal affairs of other countries as enshrined in the UN Charter, Foreign Office said on Tuesday while responding to a UN report on human rights in Xinjiang.

The report was circulated by the world body toward the end of the last month.

China has long been accused of committing rights violations against Uyghur Muslims in the northwestern Xinjiang region.

Several international media houses have reported in the past that the authorities in Beijing had detained hundreds of thousands of Uyghurs in the last couple of years on suspicion of religious extremism and sent them to “reeducation camps” to carry out its deradicalization programme.

The United Nations Office of High Commissioner for Human Rights (OHCHR) issued a report on August 31 after visiting Xinjiang in May, calling the allegations of torture, forced medical treatment and adverse conditions of detention “credible.”

It also maintained at the end of the document that the Chinese dealings with the Uyghur community in Xinjiang “may constitute international crimes, in particular crimes against humanity.”

Responding to media queries about the report, the foreign office said on Tuesday it was its “consistent position that non-politicization, universality, objectivity, dialogue and constructive engagement should be the main tools to promote universal respect for human rights.”

“As a responsible member of the United Nations with strong commitment to multilateralism, Pakistan believes in the principles of the UN Charter including respect for political independence, sovereignty and non-interference in internal affairs of states,” it added.

It also praised China for lifting over 700 million people out of poverty in the last 35 years, saying the leadership in Beijing helped improve the lives of these people and made it possible for them to enjoy fundamental human rights.

The country’s official statement on the issue also appreciated Beijing’s constructive engagement with the UN human rights system as well as the general secretariat of the Organization of Islamic Cooperation (OIC), adding the visits by the former high commissioner of human rights and OIC delegation to China were evidence of that.

“Pakistan reaffirms its abiding commitment to advance all human rights universally in accordance with the principles of the UN Charter,” it added.